WHEN YOU’RE STRANGE – A FILM ABOUT THE DOORS

When this movie’s over, turn out the lights... 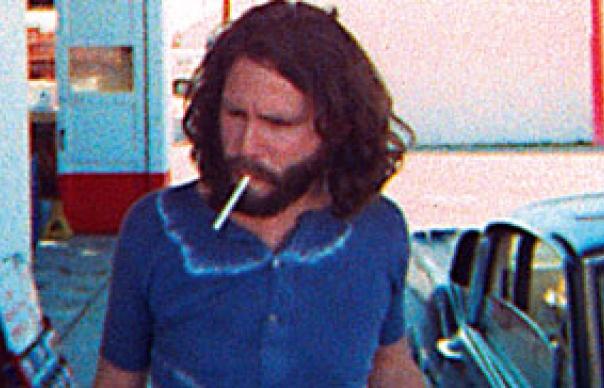 For a band who met at film school, at a time when vérité moviemaking was at its zenith, The Doors are not a band well-served by documentary film. In 1970, a college pal called Paul Ferrara cut together a 38-minute film called Feast Of Friends. Fifteen years later, keyboard player Ray Manzarek directed Dance On Fire, a businesslike 51-minute compilation. But for all their sex and death, jazz and acid, the band never left their Gimme Shelter, never mind their Cocksucker Blues.

When You’re Strange, which stretches to 81 minutes, joins recent archival live CD releases, to attempt to bring the stamp of authority to the business of The Doors on film. Compiled by feature director Tom DiCillo from very familiar footage, the value here is in beautifully shot material from HWY – a feature project devised by Morrison and Ferrara in 1969. A moot road movie, the footage finds Morrison driving through the desert, communing with roadkill, and looking very much the mythic, iconic rock star. But where exactly is he going?

It’s a question you find yourself asking time and again during When You’re Strange. Like Martin Scorsese’s No Direction Home, this is a film that attempts to find a narrative path through a mixed bag of footage. Unlike No Direction Home, though, there’s no substantial interview footage, no supporting voices, and not much in the way of context. Apparently DiCillo didn’t want people “just talking”. In consequence, he’s made No Direction At All.

Even without coherent material, the director of a film about The Doors faces a Lizard King-size problem. Namely: do you embrace Jim Morrison, terrible poetry, alcoholism, vanity, visions of native Americans and all? Or do you try and honour the fact that The Doors were a great band, who made killer rock’n’roll that stands the test of time, almost in spite of the preposterous figure cut by their frontman?

When You’re Strange falls unsatisfactorily between both positions. DiCillo is clearly embarrassed by Morrison (he edits the famous “Doors state their occupations” footage short of the moment where Morrison cringe-inducingly proclaims his job to be “poet”), but declines to give the other members of The Doors a say in their own story. In their stead, chum Johnny Depp reads DiCillo’s own asinine voiceover script. For someone who satirised the vanity of movie business people so acutely in Living In Oblivion, it’s almost impossible to credit.

Of course, Depp’s name would undoubtedly have been a big sell to backers of this project. But when there was an opportunity to have The Doors tell their story, hear what they think, tell anecdotes, give details, or anything, what DiCillo has settled for is a famous person solemnly intoning a Wikipedia page. Strange doesn’t begin to cover it.
John Robinson