The Woody/Larry coalition: not all it should be, sadly 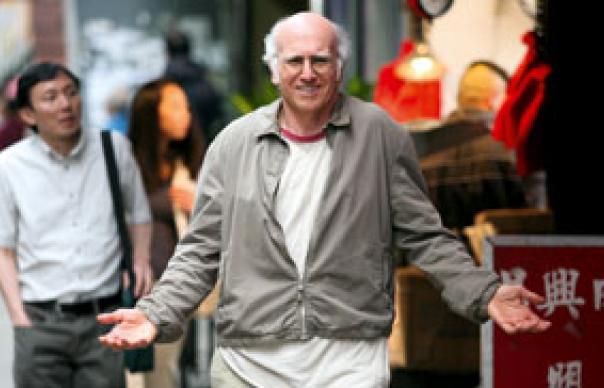 The opening moments are the funniest. Having outlined his gloomy philosophy about humanity, Boris Yellnikov (Larry David) talks directly to camera about his life as a suicidal divorcee who ekes out a living as a very rude children’s chess teacher.

As he does so, passers by look on, bemused. In a typically improbable plot in which a nubile woman falls for the charms of an ageing, neurotic male (at 73, even Woody Allen realises he can no longer cast himself in this role), lucky Larry’s misanthropic baiting soon becomes tiresome.

If this were Curb Your Enthusiasm, he would be punished, elaborately and hilariously. Here, he is indulged. A too neat, too sweet ending is no antidote to the overall sourness of the film. And while the pairing of Allen and David is tantalising enough, they cancel each other out. Whatever Works is derived from a project Allen sketched out in the ’70s, shelved due to quality concerns. First thought, best thought.