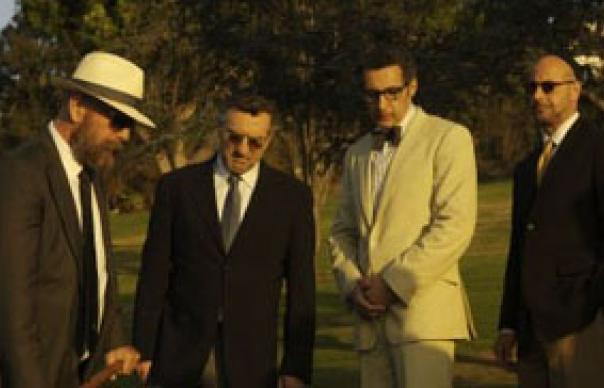 Ben (De Niro) – “only a producer” – tries desperately to avoid the Hollywood has-beens dump. He hopes new film Fiercely, starring Sean Penn and a dog, is the hit he needs, but drug-addled Brit director Jeremy (Michael Wincott) is a loose cannon. Ben’s next project will be axed if Bruce Willis won’t shave off his woolly beard. At home, things are equally stressful. Icy studio chief Lou (Catherine Keener) shows no compassion. Ben bumbles to stay afloat.

Art Linson (producer of Fight Club and The Untouchables) adapted this from his confessional book, and Levinson directs a starry cast affably. It’s a solid, seaworthy satire, made by a generation who worship Altman’s The Player, but today seems tame next to L.A. romps like Entourage or Hurly Burly. Its comedy of humiliation isn’t quite as unremitting as the Larry David school. De Niro, however, puts a deft spin on The Last Tycoon, while the sight of him doing press-ups in his boxers will make Taxi Driver devotees laugh (or cry) out loud.