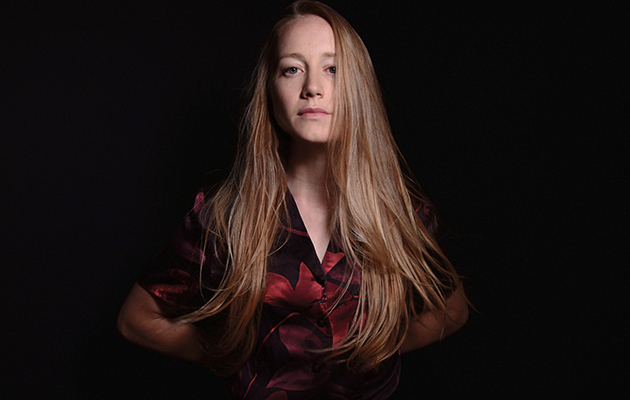 The Weather Station’s self-titled fourth album starts off with a sound you’re not anticipating. It’s a dirty, distorted electric guitar, strumming the sort of listless chords that might have formed the backbone for one of the Velvet Underground’s gentler early songs, or even something sludgy by Neil Young, Tamara Lindeman’s fellow Canadian. The guitar falls away as Lindeman’s cool, pure voice enters along with the rest of the rhythm section, changing the angle of attack. But it soon returns, and that grungy sound creates a different mood, coaxing Lindeman further to the front of the action, her soft-edged reflections cast a different and sharper light. The guitar finally disappears when a string quartet leads the song – “Free” –to its coda in one of this album’s several unexpected adventures in compositional architecture.

Lindeman, the 32-year-old Toronto-based actress turned singer-songwriter who is the Weather Station, could never pass unrecognised. No one else is writing true-life songs with such a command of nuance and ellipsis, with such generosity of unguarded emotion and careful economy of means, like Sam Shepard writing haiku. On Loyalty, her near-perfect last album, the listener had to strain to catch the lyrics, delivered in a half-veiled voice as if she were addressing someone absent either in body or in spirit.

Hers has never been a voice that made its point through volume, and its subdued tone complements the introspection of her lyrics, which read like the diary entries of a person accustomed to spending time in coffee houses reading Proust and Anne Sexton. When she sang (on Loyalty’s “I Mined”) “Your trouble is like a lens through which the whole world bends, and you can’t set it straight again,” it recalled the words spoken by the male protagonist of Michael Ondaatje’s The English Patient: “Words gave her clarity, brought reason, shape. Whereas I thought words bent emotions like sticks in water.” But the literary component of her work is unforced and unpretentious. And with her voice alone, as she showed when singing the last verse of the title track in her guest appearance on Will Stratton’s Gray Lodge Wisdom three years ago, she can change the temperature of a song as surely as Robert DeNiro making a cameo appearance in American Hustle.

She produced this album unaided, which adds significance to the greater prominence of the voice as well as the more assertive playing of the musicians. This time the lyrics are meant to be heard, rather than overheard, even when they’re exposing something profoundly private, like the cliché-free examination of a relationship in “You and I (On the Other Side of the World)”, or inspecting fleeting images drawn from the sultry summer reverie of the gorgeous waltz-time “Black Flies”.

Lindeman doesn’t sound remotely like Joni Mitchell, with whom she’s often compared, or Mary Margaret O’Hara, another compatriot, but she shares their inherent musicality, and there’s always something interesting happening in the way the songs are set up. “You and I” also features another of her highly effective string arrangements: this one in simple octaves, like a vintage Al Green record. The sludgy guitar and slack drumming return on “Power” and the shoe-gazy drone of “Complicit”, but there are also moments of sheer gorgeousness on the skipping “Kept It All to Myself” and the almost unbearably perfect “In An Hour”, which replicates the irresistible momentum of Loyalty’s “Way It Is, Way It Could Be”.

Whereas the instruments – largely guitars and keyboards — on Loyalty were mostly played by Lindeman and Afie Jurvanen, this time the basic unit is her working band, with Ben Whiteley on bass and Don Kerr on drums, plus contributions from Ben Boye on keyboards and others. The most notable of them is probably Will Kidman, whose guitar on “Free” and “Power” steers the Weather Station in a new area without forfeiting the intimacy and emotional detailing that give Lindeman the ability to connect with her listeners on such a deep and personal level. Best of all, perhaps, the skill and imagination she displays in her arrangements suggest that there’s a lot of scope for adventure in the future of a musician who found her groove but seems unlikely to get stuck in it.