The Excitable Boy's 1976 classic reissued, plus disc of unreleased flotsam 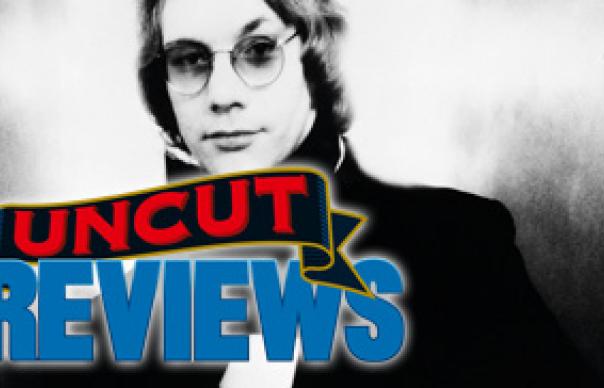 Whatever indictments may quite reasonably be brought against Jackson Browne, he will be forever able to mitigate the soporific horrors lurking in his own catalogue by pointing to his vital role in setting Warren Zevon loose. By 1975, Zevon had spent a very long time getting nowhere much. He’d served as an itinerant session player and songwriter (Everly Brothers, The Turtles, Manfred Mann) and slogged as a wannabe folk singer (three inconsequential singles in 1966 as half of a duo called Lyme & Cybelle, one disregarded solo album, 1969’s – inaccurately titled, it turned out – “Wanted Dead Or Alive”). Uninspired by the one career apparently still open to him, writing advertising jingles, Zevon decamped to embittered exile in Spain, playing in bars and writing songs not obviously calibrated for maximum commercial appeal – songs called things like, for example, “Roland The Headless Thompson Gunner”, about a Scandinavian mercenary wandering the wars of post-colonial Africa (this later appeared on 1978’s “Excitable Boy” and, rather hearteningly, actually got played on the radio).

Browne wangled Zevon a deal with Asylum, recalled him to Los Angeles, and produced this enduringly marvellous record. There are any number of reasons why the album shouldn’t have worked – the decision to deluge Zevon’s essentially orthodox ballads with the bombast of Hollywood’s rock aristocracy was a flagrant temptation of hubris. The opening track, for example, “Frank And Jesse James”, is an utterly straightforward folk narrative of the life of the titular gunslingers, which could have been written at any point since the presidency of Chester A. Arthur. Which is to say that on paper it, like most of Zevon’s songs. would prompt few people to summon the assistance and input of Fleetwood Mac’s Stevie Nicks and Lindsey Buckingham, The Eagles’ Don Henley and Glenn Frey, The Beach Boys’ Carl Wilson, Phil Everly, and Bonnie Raitt.

Though Zevon’s songs stood up perfectly steady on their own merits – something confirmed by the bonus disc of demos and alternate versions accompanying this reissue – they responded brilliantly, if almost counter-inuitively, to Browne’s silk-sheets-and-deep-pile production and the almost hysterically opulent accompaniment of the all-star cast he assembled.. Zevon, a baleful, bleakly witty writer with a sighing snarl of a voice, clearly relished his designated role as the grit in the oyster, the alien
body around which pearls coalesced.

He’s a sneering, sarcastic premonition of Elvis Costello on rueful confessions-of-a-songwriter romp “Poor Poor Pitiful Me” and exquisitely cruel character sketch “The French Inhaler” (“Your face looked like something/Death brought with him in his suitcase”) but both are the more effective for the incongruous, epically lush arrangements Browne shrouds them in (the latter of that pair, indeed, is laugh-out-loud preposterous in its latter stages). He’s a sort of West Coast Springsteen on “Mohammed’s Radio”, singing one for the lost and lonely, those seeking solace in the sounds crackling through the speaker (the song was later covered by Linda Ronstadt, and it may at least be said that it wasn’t quite as gruesome as her celebrated desecration of Costello’s “Alison”). And he’s a contemporaneous rival to fellow Los Angelean court jester Randy Newman on self-mockingly funky “Join Me In L.A.” and “Desperadoes Under The Eaves”. It says something, perhaps, about the ambivalence and self-loathing festering beneath the cocaine haze of mid-70s radio rock that the abovelisted backing personnel, Don Henley and Glenn Frey in particular, were willing to join in on lines like “If California slides into the ocean/Like the mystics and statistics say it will/I predict this motel will be standing/Until I pay my bill”.

The career founded by “Warren Zevon” turned out to be as erratic, volatile and startling as, well, Warren Zevon. The demons that drove him would hound him to commanding heights (notably 1978’s “Excitable Boy” and 1987’s “Sentimental Hygiene”) as well as detours both constructive (collaborations with musicians and authors including R.E.M., Hunter Thompson, Carl Hiaasen, among many others) and less so (periodic sojourns in an assortment of drying-out clinics). That his death from lung cancer in 2003, aged just 56, came straight after a sequence of presciently-titled albums – “Life’ll Kill Ya”, “My Ride’s Here” – was precisely the sort of bleak cosmic joke Zevon would have appreciated, and in which he revelled, on a near-perfect album which he would never quite equal.