Best yet from prolific psych-rockers 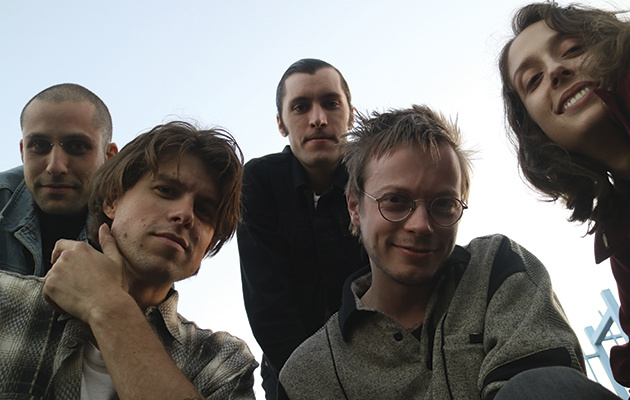 Cory Hanson didn’t hang about when he formed Wand with fellow art school chums Lee Landey and Evan Burrows in 2013. Their first three albums were released in a creative dash of just 14 months, a prolific flurry to rival that of friend and fellow West Coast adventurer Ty Segall, on whose God? label Wand made their start. In fact, Burrows and Hanson, the latter dressed in a natty safari suit, spent most of last year touring as part of Segall’s backing band, The Muggers.

Hanson has slightly eased up of late. Last November saw the arrival of his comely solo debut, The Unborn Capitalist From Limbo, whose sound marked a clear departure from Wand’s crunching psych-rock. Loud guitars were instead replaced by gauzy folk stylings and deft string arrangements. The album proved more than just a distraction from his main band. Crucially, it showed that, beneath the predilection for grinding noise, Hanson was an assured pop songwriter at heart. And it’s an experience that feeds directly into Wand’s fourth studio LP, Plum.

There’s a fresh physical dynamic at play here too. The end of 2016 found Hanson expanding the lineup to accommodate guitarist Robbie Cody and keyboardist/backing singer Sofia Arreguin. Not only have the new additions helped spread the songwriting load, they’ve allowed Wand a freedom to experiment that had otherwise been bound by the limitations of a trio. All of which means that Plum is the kind of record that goes wherever it pleases, an intuitive work that exists at the confluence of avant-pop, psychedelia and garage-rock.

Improvisation has been central to the sound of Plum. Hanson and the band spent months shaping these songs at their rehearsal space in LA before heading out on the road to test their durability. It’s a tribute to their instincts that there’s nothing here that feels studied or overly developed. Instead, Plum fizzes and surprises with the kind of regularity that makes even its fine predecessor, 2015’s 1,000 Days, sound a little prosaic by comparison.

The title track starts life as a raw piano riff, before being ambushed by spiny guitars that take their leave with the arrival of shakers and weirdo Moog effects. Hanson’s keening, slightly troubled vocal is then joined by Arreguin’s harmonies. Finally, as the song ebbs to a close, all that remains is a lone whistle. The playfully titled “Bee Karma” represents the twin poles of Hanson’s artistic output, sudden gusts of guitar subsiding into bucolic acoustic passages and back again. It’s not the only time Wand sound like a slightly more effusive version of Radiohead here; it’s possible, too, to detect the voyaging spirit of Television in “Blue Cloud”, from its terse, circling guitar intro to the allusive lyrical references to “Torn Curtain”. One of two songs that extend past the seven-minute mark, “Blue Cloud” is a perfect summation of what Wand do best, offering a variety of moods that manage to sound both instinctive and considered. This is psychedelia in the truest sense of the meaning – coltish, dark, invigorating and endlessly curious, as opposed to the weary generic tropes of echo effects, backwards guitars and freakouts.

Plum is also rooted in direct emotional experience. Despite its often elusive lyrics, a sense of anguish and loss pushes through its grooves. There’s a recurring reference to maps, as if the album’s protagonists are in search of new or lost co-ordinates, their future paths still unknown, waiting to be uncovered. And there’s also very real, still-raw heartbreak. The doleful “The Trap” is a song of fortitude and forbearance, its subject clinging to personal faith and the promise of a better day. “To survive in the end/You have got to pretend it is worth surviving now,” sings Hanson at his most delicate, before accepting that “We all fall apart/It’s just who we are.”

Yet the overriding feeling, mirrored in the exquisite vitality of the music, is one of transcendence. This reveals itself in any number of ways, from Hanson’s withering kiss-off to a departing lover in “White Cat” (a halfway house between Revolver and White Denim, a rush of busy chords and fluctuating melodies) and the more sober reflections on lovely closer “Driving”: “Burning sensation with passings of grief/Keep it together and respect my needs.”

Followers of California’s modern garage-rock scene tend to hoist John Dwyer and Ty Segall as its figureheads, in terms of creative daring and sheer productivity. But Cory Hanson is fast emerging as a significant force in his own right, whether solo or otherwise. Plum feels very much like a landmark in his still-fresh career.

Q&A
Corey Hanson
How did you break in Wand as a five-piece?
I was reading about how Television wrote Marquee Moon and they’d go into their rehearsal space five days a week for four hours a day. So I decided to go in six days a week for 10 hours a day. We pushed harder to see what would happen.

How much does your recent solo LP, The Unborn Capitalist From Limbo, feed into this LP?
That was a game-changer for me. I tried to eliminate all the things obscuring the songwriting and not have layers of distortion or fuzz. And we carried that attitude into Plum: ‘Let’s make a record where we all just perform it live in the studio and have that be the final product.’ I kept thinking, ‘Is this going to be the biggest mistake of my life?’

There’s also a theme of loss on Plum…
I was going through a severe break-up. And there were deaths in our families, so the lyrics are pooled from big losses we were experiencing together. But there’s also a sense of overcoming it all. A feeling of triumph, I guess. ROB HUGHES