Harrowing animation about the 1982 Lebanon War 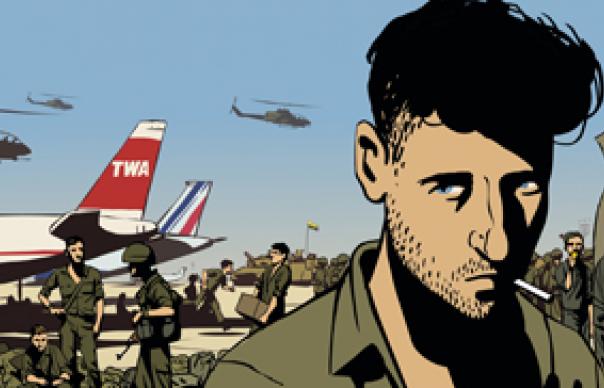 Following Marjane Satrapi’s Persepolis, Waltzes With Bashir is the latest addition to the unlikely yet powerful genre of animated middle-eastern memoirs. But while Satrapi made bittersweet confessional comedy from the Iranian revolution, Ari Folman’s film is much darker, using animation to elide the gap between memory, dream and historical trauma.

Folman was 20 when he served in the Israeli army occupying Lebanon in 1982, yet 25 years later finds he has no recollection of the time. Waltzes records his attempt, via conversations with friends, comrades, psychologists and reporters, to piece together the events leading up to the Phalangist massacres at Shabra and Shatila.

The hand-drawn animation, reminiscent of Waking Life’s rotoscopes, at times seem clumsy, but at its best give Folman freedom to explore the subjective, elusive flow of perception. As the film progresses, Folman’s quest to recover his own past develops into an unforgettable journey into the guilt and repression of the Israeli national psyche, and its continuing deadly implications.