Spoof music biopic based (mostly) on the life of Johnny Cash 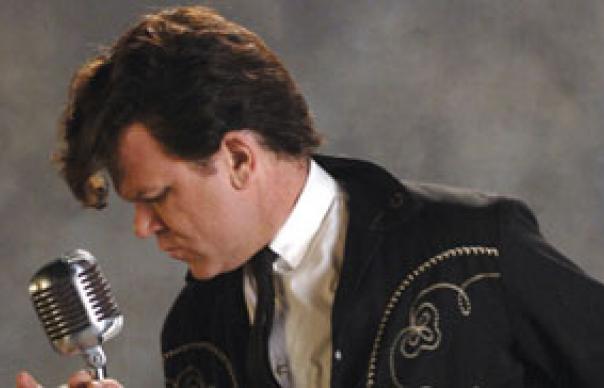 All satire operates in the gap between how its subject thinks it appears, and how its subject actually appears – the greater that gap, the easier to find laughs. In setting out to parody James Mangold‘s 2006 Johnny Cash biopic Walk The Line, Walk Hard paints itself into an impossibly tight corner from the off. Walk The Line was a plausible, well-written, beautifully-acted cinematic homage to a towering musical figure. There was simply nothing ridiculous or preposterous about it, rendering satire redundant and futile. That being the case, Walk Hard was always going to have to be powerfully funny in its own right.

Unfortunately, like co-writer Judd Apatow‘s previous efforts The 40-Year-Old Virgin and Knocked Up, it’s merely competent, un-oppressive, occasionally chuckleworthy. It starts by following the template of Walk The Line almost exactly, telling the tale of country star Dewey Cox (John C Reilly) from hardscrabble Arkansas upbringing to global superstardom and associated self-destructive decadence. Some effective mockery is made of the gothically awful details of Cash‘s life, but the laughs are fairly hollow.

Cash actually did lose a brother in a dreadful childhood accident, and actually did always feel guilty about it, and it’s actually not that funny. Nor, after a very short while, is the cast’s wilfully laboured delivery of deliberately overwrought dialogue, the exuberant campery never compensating for a dearth of genuinely great lines.

As if in acknowledgement that Walk Hard is mining an extremely shallow seam, it gives up on the Cash story halfway in, and riffs furiously on other rock’n’roll cinema – Don’t Look Back, Ray and Help! are among those referenced (the latter at least inspires a show-stealing turn by Jack Black as Paul McCartney). Having abandoned its original source material, Walk Hard aspires to the rarefied daftness of Zucker/Abrahams/Zucker‘s Airplane!/Naked Gun franchises, but inexplicably telegraphs the gags to death. When an elderly Cox disdains drugs, saying he doesn’t want to succumb to the temptations, then bumps into a bunch of guys rehearsing harmonies for “My Girl”, it should have been assumed that the audience wouldn’t need to be told that said chaps are, indeed, The Temptations.

None of which is to say that Walk Hard is a disagreeable means of wasting 90 minutes. The cast are terrific, especially Jenna Fischer, late of the American The Office, as Darlene Madison Cox (for which read June Carter Cash), and there are some lovely cameos, including Jack White as Elvis Presley, and Eddie Vedder as himself – the latter a droll depiction of the pompous rock star blowhard that Vedder often ends up resembling despite its best efforts not to. Ultimately, though, Walk Hard takes aim at a target that didn’t need to be hit, and misses.