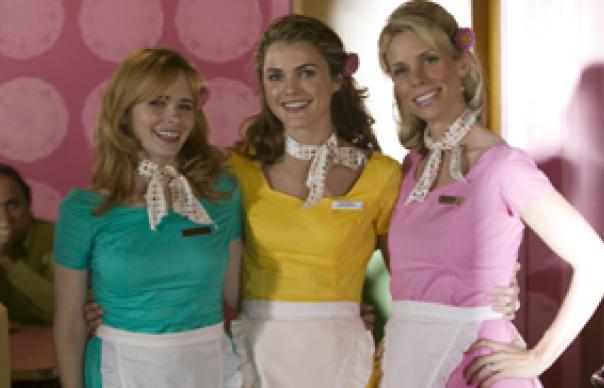 
This bittersweet romantic comedy is the third, and tragically, the last film from Hal Hartley muse Adrienne Shelly, who was murdered shortly after completing it. A final, lingering, long shot of Shelly’s own infant daughter seems unbearably poignant in this context, but Waitress is a lovely film on its own merits, funny and affecting with a gentle eye for foibles big and small.

Keri Russell is pretty, personable Jenna, an inspired pastry chef in a small southern diner, but too tightly bound by her abusive husband Earl to ever get a piece of the pie for herself. An unwanted pregnancy makes escape look even more unlikely, but it also propels her into the welcoming arms of the new town doctor (Fillion).

Admittedly there’s nothing here we haven’t seen before (with its trio of supportive, sassy waitresses, it’s very reminiscent of the sit-com Scorsese spin-off, Alice), but Shelly ensures there’s enough tartness to offset the picture’s sunny good nature. This is especially true of Russell’s carefully calibrated performance; reigned in and pissed off for a good deal of the movie, she rewards us with an irresistible montage of beaming smiles once Jenna goes ga-ga for her gyno.