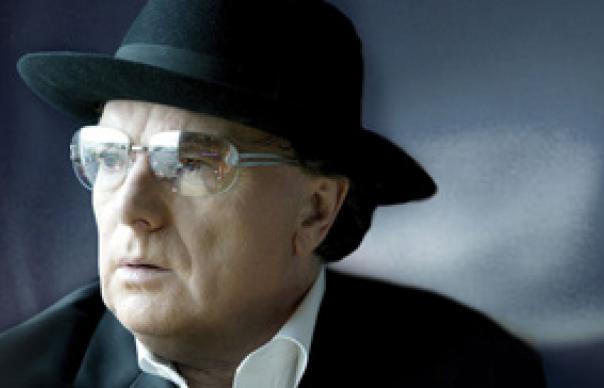 Considering he’s a notoriously intense thundercloud of a man, it’s a curious fact that Van Morrison likes his music to be described (by biographers, reviewers, sleevenote essayists) in the blandest, most impersonal way. Mild compliments; nothing emotional; mention the awards he’s won; avoid unnecessary opinions. I’m afraid the scowling figure in the black hat will have to avert his gaze for the next few minutes, then, as the official, fully approved Van Morrison remaster series, featuring 29 of his greatest (and not so greatest) albums, finally gets under way.

It’s overdue. Morrison is legendary for good reason, yet, since 1989, much of his historic catalogue has languished on feeble, first-generation Polydor CDs – including some sacrosanct evergreens (Saint Dominic’s Preview, Veedon Fleece, Irish Heartbeat) that really should have been taken better care of. The new editions, alongside Morrison‘s output from the ’90s and early ’00s, will emerge during 2008-9, in non-chronological order, with bonus tracks (mostly alternate takes). Judging by the first batch of seven – led by 1971’s beautiful Tupelo Honey – the remastered sound is pin-sharp, a definite upgrade. Sadly, Astral Weeks and Moondance, to which Van does not own the rights, are excluded from the campaign.

A young man and woman, posing by a makeshift paddock on their hilltop Californian farm, face the world from the inner sleeve of Tupelo Honey. This is Morrison, 26, and his wife, Janet Planet. Van is dressed like an 1870s settler just returned from a mustang auction. The congeniality is awe-inspiring (look, he’s got his arm round a cat!) but the photography is, actually, in vogue. CSNY‘s Déjà Vu, The Band and Workingman’s Dead had all, in 1969-70, evoked a kinship with bygone eras, illustrating American rock’s exodus from urban centres to rural communities. Morrison, a veteran of “Gloria”, “Brown Eyed Girl” and the rhapsodic Astral Weeks, probably needed rural contentment badly, having suffered betrayal, near-starvation and two contractual disputes that soured his view of the music industry forever.

“And so, look at the photographs and marvel, as we do, at the good feeling that radiates from him now,” Janet Planet wrote in a sleevenote to his 1970 album His Band And The Street Choir. Soul power and domestic bliss made for a satisfying amalgam, if only for Van. But his follow-up, Tupelo Honey, was easily superior. Not mystical, nor furrowed-brow. Not as patchy as His Band… It was warm, open-hearted, perfectly relaxed. Or most of it was.

“Wild Night”, an American Top 30 hit, was a hybrid of R&B, fast soul and C&W, with a skittish brass arrangement and silky guitar skills from future heavy-metal axe hero Ronnie Montrose. Recorded ‘live’ in the studio (as all Morrison‘s albums are), it sounds intricately layered, highly sophisticated by 2007’s standards, like speeded-up Steely Dan meets Allen Toussaint. It’s fluid but meticulous; ultra-rehearsed but effortless. It promises a party to come.

A standout song from the other end of the spectrum is the seven-minute title track. Building upwards from a gentle flute refrain, and then pushed forwards by mighty fills from jazz drummer Connie Kay (who played on Astral Weeks), “Tupelo Honey” is sung by a man who has grabbed us by the lapels and won’t let go until we understand precisely what he’s experiencing. On an album where the vocals are exultant to say the least, this song sees Morrison use larynx, diaphragm, teeth and tongue to find new ways of enunciating the lines “she’s as sweet as Tupelo honey” and “she’s all right with me”, seemingly in ever-increasing adoration.

The remainder of the album is a sympathetic supporting cast rather than a classic sequence. “Old Old Woodstock” salutes Van‘s erstwhile home in a Moondance-style ballad. “(Straight To Your Heart) Like A Cannonball” is a beguiling waltz. “When That Evening Sun Goes Down” (try synchronising your limbs to those syncopated New Orleans rhythms) is terrific fun. Certain tracks aren’t so memorable (“Starting A New Life” never sticks in my head, for instance), but others, like “You’re My Woman”, transcend their simple lyrics to become gripping, almost slobbering testimonies of love and faith.

Least characteristic of Tupelo Honey‘s prevailing fireside vibe is “Moonshine Whiskey”, the final number. After a somewhat twee introduction, it gradually assumes a more volatile personality, with Morrison throwing himself into exhortation, repetition, aggression (“wait a minute… wait a minute”), bizarre nonsense (“bubbles… watch the fish”) and agitated self-aggrandisement. If this means we leave Tupelo Honey with the peculiar feeling that Morrison is a hopeless case, an obsessive even when it comes to relaxing, history suggests we’re right. The marriage to Janet lasted only until 1973, and on his next album, Saint Dominic’s Preview, Morrison ended sides one and two with mammoth, recondite song-sagas on a par with “Madame George”.

Note: there are six other reissues in this batch. They are the crowd-pleasing double live album, It’s Too Late To Stop Now (1974); Wavelength (1978), where Morrison brought in a synthesizer and wrote some great FM radio choruses; Into The Music (1979), a much more religious album that spotlights violinist Toni Marcus and includes the epic “And The Healing Has Begun”; Sense Of Wonder (1985), if you like your lush ’80s productions; Avalon Sunset (1989), which opens with a Cliff Richard duet and, luckily, improves post haste; and Back On Top (1999), a decent hootenanny of bluesy 12-bars, fat harmonicas, typical complaints (“New Biography”) and lonesome meditations resonating gruffly from Churchillian jowls.