Move over My Chemical Romance: the dynamic beginnings of US punk 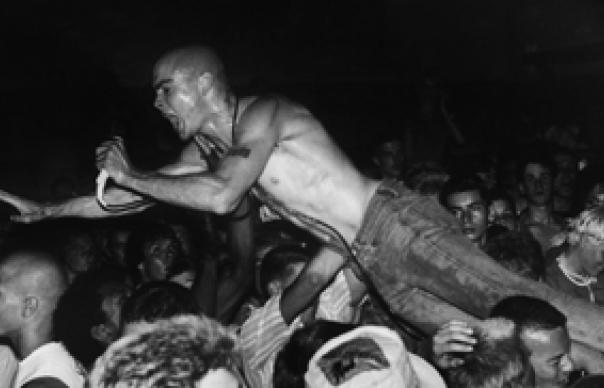 Yes, hardcore was unrelentingly masculine, not to mention repulsively misogynistic and often homophobic and racist. But its esprit de corps was incredibly infectious and inspirational – there really is nothing more liberating than the moshpit. This is evident on American Hardcore, the exhilarating soundtrack to Steven Blush’s new documentary. Even without the biotic odour and flying bodies – on anthemic tracks like Minor Threat’s fervent “Filler”, MDC’s rousing “I Remember” and Gang Green’s desperate “Kill a Commie”.

It’s no coincidence that the febrile intensity of the vocalists – to say nothing of the guitarists and drummers – collected on American Hardcore resembles holy-roller true believers speaking in tongues. Hardcore was a religion, and this was reflected in lyrics that were naked and unadorned, diary entries set to spasmodic, spirited guitars. However, the devotion was not necessarily to sound, but to mindset, and perhaps this is why punk has cast a stronger, longer lasting shadow across the US than in the UK, and why, even without Green Day swiping Circle Jerks hooks or black metal bands appropriating the vocal style of Negative Approach’s John Brannon and blast beats of just about everyone, hardcore would still be an imposing presence on the American rock scene.

There are some glaring omissions here (no Descendents, Necros, Hüsker Dü or Naked Raygun), and with all of the mp3 blogs devoted to hardcore, you’d think that Rhino would have spiced the package up a bit to entice paying customers. But these are small gripes of what is otherwise a crucial, revelatory collection – more fun than elbowing a stagediving skinhead.