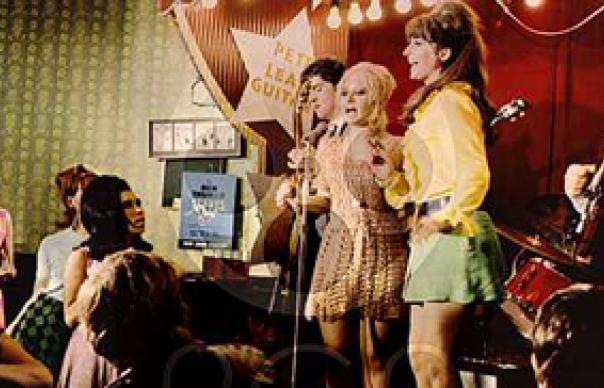 Swinging London: a groovy paradise where class aspirations soared as high as the hemlines, and you couldn’t stroll down the street without bumping into a moody photographer eager to catapult you into the big time. At least, that’s how the Sixties might look if you were to take Blow Up or social satire Smashing Time at face value.

But 1967’s Up The Junction tells a different story. Based on Neil Dunn‘s 1963 novel, and inspired by Ken Loach‘s groundbreaking 1965 BBC adaptation, it’s a warts’n’all portrait of working class Battersea where sexual liberation means a post-pub fumble “over the bombsite” and Austin Powers wouldn’t last five minutes.

Bored by her privileged upbringing, Chelsea ŽmigrŽ Polly Dean (Suzy Kendall) gets a job at a sweet factory where she befriends salt-of-the-earth sisters Rube (Adrienne Posta) and Sylvie (a beehived Maureen Lipman). To complete her metamorphosis, she exchanges her trouser suit for a miniskirt and seduces junk-shop assistant Peter (an angelic Dennis Waterman), who is as eager to scramble up the social ladder as Polly is to descend it. “Don’t you think that’s very beautiful?” she says to him, surveying an Orwellian landscape of terraced houses and smoke-belching factories.
“No, not really,” he snorts.

As class critiques go, it may not rank up with, say, Loach or Mike Leigh at their late Sixties’ TV peak. But despite the clumsy social commentary (abortion; marital abuse), Up The Junction’s refusal to sugar coat its message that life “over the water” in Chelsea is unattainable still packs a punch. No flower-power finale here. Instead, one character is killed in a bike crash, and another ends the film languishing in a cell.
Admirably unsentimental, eerily prescient in it’s portrayal of the gentrification of the capital’s slum areas, and blessed with a cracking paisley-scented soundtrack by Manfred Mann, Up The Junction is as close as you can get to an alternative – and arguably more realistic – cinematic portrait of Sixties London without the aid of a time machine.