All that they can’t leave behind. . . 16 classics, and two new ones 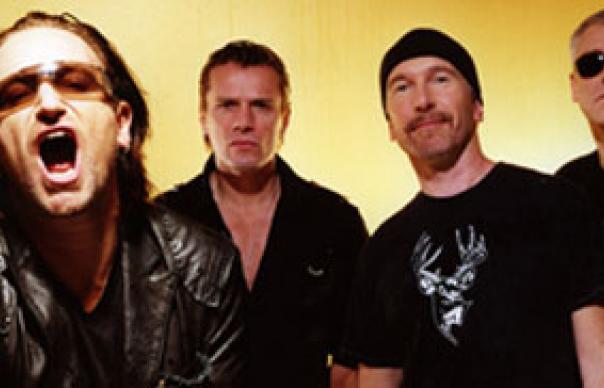 It is soberingly difficult, when considering this collection, to imagine that there will ever be another group remotely comparable to U2. Contemplate today’s pretenders who are now roughly where U2 were when they released the earliest of these tracks. It’s not easy to picture them having a career in 30 years’ time, much less one that fills stadiums and is more than a nostalgic cabaret turn. In the commercial stratosphere inhabited by U2, everything else is, as Elvis Costello astutely observed, “Bullshit, or a trip to the circus.”

It’s also tough to imagine much future for albums like this. Almost everyone in the target market will own some, if not most, of these songs already (there have already been two U2 Best Ofs). The selling points – two new tracks – can be bought online. Someone is investing heavily in the completist tendencies of fans, and the dwindling sentimental fondness for music as an artefact that can be stacked on a shelf.

Beyond that, U218 serves as an interesting indication of U2’s view of U2. The tracklisting is not evenly illustrative of all phases of U2’s career, and while there’s no pleasing everyone where these things are concerned, there are intriguing omissions. Four albums are all but written off. There’s nothing from October, nothing from either of their bravest, oddest albums (Zooropa, Pop), and their debut, Boy, is only represented by “I Will Follow” as a bonus 19th track on the UK edition.

What is present is heavily weighted towards their recent output: All That You Can’t Leave Behind and How To Dismantle An Atomic Bomb account for a third of U218 between them. Little wrong with either record – “Walk On”, in particular, rivals “One” as U2’s definitive anthem for everything – but it suggests a retrospective lack of confidence in some of their boldest endeavours.

Of the two new songs, both produced by Rick Rubin, the first is a curious but endearing detour: a collaboration with Green Day on a cover of The Skids’ “The Saints Are Coming”. Introduced with a croon of “House Of The Rising Sun”, it begins as a gentle lament for a sodden New Orleans before rearing up into a furious punky assault, U2’s righteous rage on one fist, Green Day’s swaggering petulance on the other. “Window In The Skies” is subtler, a fine ballad broadly congruent with U2’s recent output, distinguishing itself with an uncharacteristically folky strings riff.
U218 works okay as a somewhat revisionist telling of the story so far. But it does better as a demonstration that U2 are out on their own now, the last of their kind.