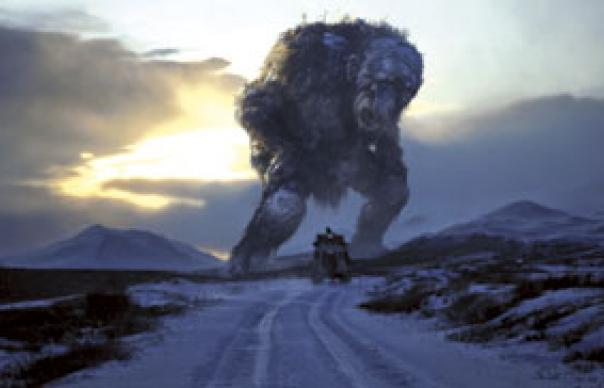 In this inspired horror, wild trolls go on the rampage in the Norwegian countryside, killing livestock and causing all manner of mischief.

The government has gone to extreme lengths to keep their existence a secret. However, one troll hunter, Hans (Otto Jespersen), is so peeved at his working conditions that he invites a student film crew to accompany him on a hunt for the creatures.

Jespersen, one of Norway’s most famous and controversial comedians, looks uncannily like white supremacist Eugene Terreblanche.

He plays his role in such a gruff and earnest way – and øvredal directs in such deadpan realist fashion – you soon forget the absurdity of the premise.

The trolls themselves, feral beasts thrown into a rage whenever they smell Christians, appear a convincingly realistic menace. There have been many horror films since Blair Witch using the “found footage” conceit. This is one of the few to do so with any originality.
Geoffrey Macnab