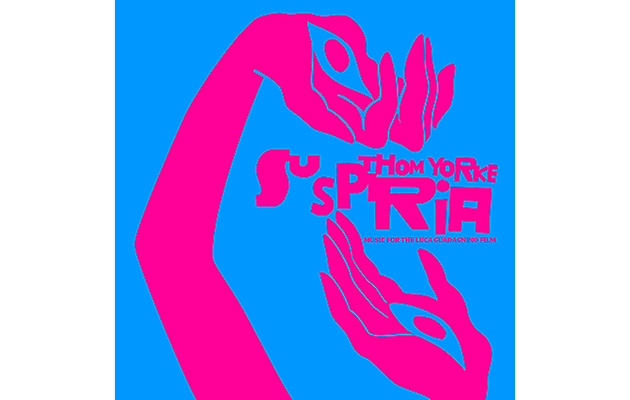 Thom Yorke might have made his debut as a film composer a lot earlier than this, it seems. During the late ’90s, shortly after Radiohead had completed OK, Computer, Yorke was approached by Edward Norton and Brad Pitt to score Fight Club. If ever there was a film that dovetailed perfectly with Radiohead’s own take on atomisation, alienation and crises, this was it.

In the end, Yorke rejected Norton and Pitt’s offer – and since then, of course, his bandmate Jonny Greenwood has gone on to become a highly successful soundtrack composer. Radiohead, too, have made their own foray into film music – their shelved Bond theme, “Spectre”, is now a highlight of Yorke’s live sets. Even Yorke’s external projects like the PolyFauna app and his Tomorrow’s Modern Boxes LP have featured the kind of subtly involving music you might expect to hear in a movie.

So at last – a mere 20 years on from Norton and Pitt’s offer – Yorke has finally got round to making his first film soundtrack. This, then, is Suspiria – Luca Guadagnino’s remake of Dario Argento’s horror classic about a coven of witches operating out of a ballet school. It is not, as you might imagine from PolyFauna or Tomorrow’s Modern Boxes, slow-moving, electronic and ambient – as it transpires, Suspiria finds Yorke stepping in a new direction.

The setting for Guadagnino’s film – Berlin, 1977 – is evidently a critical factor in all this. Yorke has made an album that draws partly from the krautrock armoury – modular synths, repetition, pulseless drones. Among the acts most associated with that era, Can, Popol Vuh and Klaus Schulze all worked on film scores – while Argento’s original Suspiria was soundtracked with swarthy, demonic intent by the Italian progressive rock band Goblin. All these elements, somehow, find their way into Thom Yorke’s Suspiria.

The critical point is this, though: what exactly is Suspiria? Is it a solo album? Is it a film soundtrack? To an extent, the answer is a fudge: it’s a bit of both. Pieces like “Suspirium”, “Unmade”, “Has Ended”, “Open Again” or “Suspirium (Finale)” are evidently full-length songs. But of the album’s 25 tracks, some of them – like the 44-second “A Soft Hand Across Your Face” or the 25-second “An Audition” – feel more like cues, designed to enhance the drama as it unfolds on screen. Even some of the longer pieces – “The Hooks”, “Olga’s Destruction”, “The Conjuring Of Aneke” – are titled after specific narrative events in Guadagnino’s film.

Having said that, though, Yorke’s aesthetic is sustained throughout; even the shorter pieces reflect something  of their creator’s intent. Clocking in at  59 seconds, “Synthesizer Speaks” might appear like a minor cue, for instance – but its weird, electronic shrieking feels part of a favoured Yorke obsession: technological fear and breakdown. I’m reminded of a line in “The Axe” where Yorke sings, “Goddam machinery, why won’t it speak to me? One day I’m going to take an axe to it.” Not so much a paranoid android, perhaps, as a seriously spooked synth.

In one final revelation, Yorke is not working here with his usual collaborator, Nigel Godrich. Instead, Suspiria has been co-produced by Sam Petts-Davies, recording engineer on A Moon Shaped Pool and Jonny Greenwood’s Junun project as well as the Godrich-produced Roger Waters album, Is This The Life We Really Want?.

One of the pieces that works best both on and off screen is “Volk”. Named after a legendary avant-garde ballet that is performed in the film as part of a demonic incantation (yes, yes), its simple five-note refrain becomes the starting point for a prolonged and substantial sonic exploration. In its eldritch route through discomforting Moog lines and deviant effects, it displays the kind of wry contempt for conventional rock’n’roll that has informed almost every artistic move Yorke and his band have made in the past 20-odd years.

The opportunity to do something entirely unconnected to songwriting in any form evidently appeals to Yorke – and for the most part, these experimental compositions for Suspiria work. But that’s not to ignore the moments were Yorke does consent to contribute songs – and they’re really very good. At first, “Suspirium” recalls “The Daily Mail” in its rawness and piano style. Then, as Pasha Mansurov’s flute pirouettes through the song’s second half, it is possible to detect the delicate orchestral filigree of A Moon Shaped Pool. These are made more explicit by a second, longer version, “Suspirium (Finale)”, which brings a wide-angled, cinematic quality to the song. Incidentally, the strings on Suspiria are provided by the London Contemporary Orchestra, who delivered such strong work on A Moon Shaped Moon. “Has Ended” is unsettling kosmische, built around slow, clattering drums (apparently played by Yorke’s son, Noah) and circular organ drones. At first, Yorke’s lyrics appear to refer directly to the film. There is a city, returning soldiers – presumably partitioned Berlin – “the witches were all singing”. Then, though, he makes an unexpected narrative leap. “We won’t make this mistake again,” he sings, suggesting the fascists and “their dancing puppet king” are, once again, on the rise. “We won’t make this mistake again…” he sings, somehow connecting a gruesome period horror to more genuinely disturbing contemporary events.

“Unmade” is one of those beautiful, melancholy piano ballads at which Yorke excels, the repetition in melody and chordal changes recalling Eric Satie.  It offers respite from the heavy drones  and sinister atmospheres generated elsewhere. Meanwhile, “Open Again” weaves, spell-like, around a cycling  guitar motif – one of the few times a  guitar appears on the soundtrack.

As a creative exercise, it feels useful for Yorke to have made this record. Another electronic solo album along the lines of Tomorrow’s Modern Boxes would have felt like a step backwards. This project allows him to engage with the broader collaborative experience of filmmaking while also presenting a work that stands on its own terms. Rather like Guadagnino’s film, Thom Yorke’s Suspiria might not be to everyone’s tastes – but it feels enough, for now.