Things We Lost In The Fire 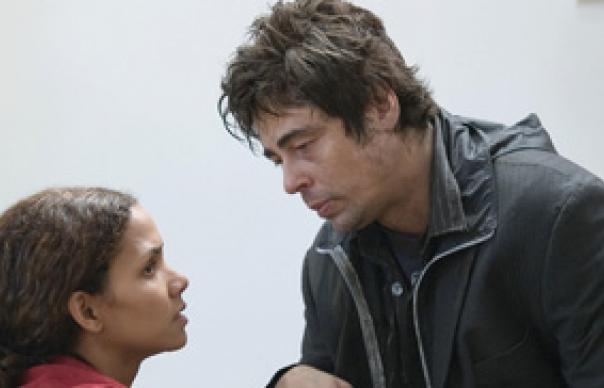 In lesser hands this could have lapsed into maudlin bathos, but producer Sam Mendes has steered it astutely. It’s a blend of American dirty realism (the desperate struggle for redemption) and European art-house. Del Toro is brilliant, while Berry – as in Monster’s Ball, the impact of which she’s tarnished with sad career choices since – proves that she can really deliver when given serious material. Its mosaic-like time structure recalls Iñárritu’s 21 Grams.

Audrey (Berry) and Brian (David Duchovny) are blissfully married. When tragedy strikes, Audrey, grieving, irrationally reaches out to Brian’s no-good friend Jerry (Del Toro), an unreliable junkie. She makes it her mission to salvage him, though soon he’s bolstering her (and her children) to an equal degree. In a crasser film the pair would fall in love. That’s not quite what happens, though we’re teased. Jerry can’t stop using, and scenes of his attempting cold turkey fuse sharp humour with Del Toro channelling Sinatra in The Man With The Golden Arm.