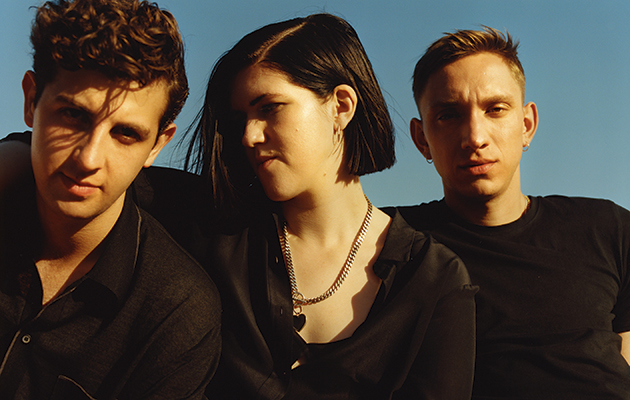 It’s not difficult to make a case for The xx as the most influential British band of the past decade. Their slow-burning 2009 debut (recorded in a garage, more than 1.67 million copies sold) tentatively joined the dots between indie, R&B and UK bass music, making it acceptable once again for shy white kids to sing the blues. James Blake, Jamie Woon, Alt-J, London Grammar, Låpsley, Jack Garratt, even The 1975 and Sam Smith – these staples of the Mercury Prize shortlist all owe a debt to The xx.

But the band have been reluctant to cash in their steadily accumulating cultural stock. Second album Coexist was even more understated than their debut, to the point where it verged on boring. Since then they have kept a low-ish profile, preferring small bespoke residencies – such as their painfully intimate shows in the round at 2013’s Manchester International Festival – to attention-grabbing headline tours.

Last year, Jamie xx’s club-oriented solo album, In Colour, which featured guest vocals from his bandmates, offered a hint of what the group could achieve if they threw open the shutters, especially on the gospel-tinged “Loud Places”. Finally, then, The xx are ready for their big pop moment.

Except they’re not, quite. Lead single “On Hold” might throb with a previously unexplored disco pulse, pivoting on a shameless sample of Hall & Oates’ classic guilty pleasure “I Can’t Go For That (No Can Do)”, but it still never fully unfurls, never quite abandons its puttering rhythm for an uninhibited dancefloor throwdown. Disco is a genre built on heartbreak, but it tends to be of the more dramatic “how do I live?” variety. “On Hold”, as its title suggests, is all about inertia and mixed signals, rather than definite endings. It’s those in-between emotions that The xx mine so successfully; they don’t write break-up songs so much as fizzle-out songs.

“Performance” is another devastating example, perhaps their most powerful yet. “If I scream at the top of my lungs/Will you hear what I don’t say?” sings Romy Madley Croft, her voice noticeably fuller and more assured than before. Sparse and drum-less, the song is very much of a piece with the first two albums, save for the furiously bowed strings that add an additional layer of drama.

This, broadly, is the template: rather than drift towards more conventional, radio-friendly arrangements, The xx have instead fleshed out their introspection more inventively, weaving in treated acoustic instrumentation, unexpected samples (post-minimalist composer David Lang, soft-rockers the Alessi Brothers) and bursts of found-sound noise that sometimes recall Björk’s work with Arca on Vulnicura.

There is an immediacy, even a hint of aggression, to some of these arrangements, if not necessarily the sense of release that In Colour partly foreshadowed. The trumpet fanfares and insistent Afro-garage beats of “Dangerous” make for an exhilarating opener, yet the melody retains a minor-key melancholy, the lyrics a defiant fatalism. On the glorious “Say Something Loving”, a celebration of new love is haunted by the spectre of past insecurities (“I almost expect you to leave,” “Am I too needy?”) so the final “Don’t let it slip away” contains a hint of desperation.

“Test Me” begins in familiar territory, with Croft and Oliver Sim whispering in unison, “Just take it out on me/It’s easier than saying what you mean.” But via some distant muted trumpets, a submerged choir and an eerie burst of theremin, it ends up somewhere very strange indeed. The easy yacht-rock glide of “Replica” is the only hint that the band recorded part of this album in California, but even then Sim’s lyric is freighted with doubt and regret.

There’s still an occasional sense of frustration that The xx are holding something back, deliberately swerving the big chorus or euphoric breakdown, their innate reserve preventing these songs from realising their full potential. But their cautiousness is also what prevents them from ever slipping into sentimentality or songwriting cliché. On I See You, The xx have expanded their horizons without sacrificing any of the emotional intimacy that makes them one of the most compelling acts around.