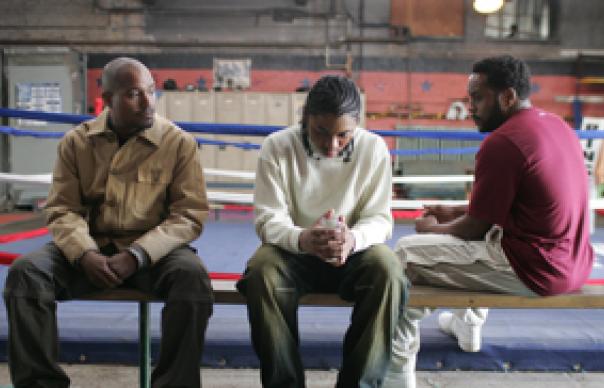 Of late, it has sometimes seemed as if there are really only two sorts of people. The ones who believe The Wire, HBO’s Baltimore-based police drama, to be the finest TV programme they have ever seen – and the others, who simply haven’t had the pleasure of watching it yet.

Between the two groups, there runs the kind of dialogue that must have once existed between missionary and prospective convert, the one wanting to bring the other towards enlightenment. Within the show, itself, though, there’s seldom a similar sense of moral crusade. Here, you enter a world where police officers aim to uphold the law, but can often barely uphold themselves, and where criminal organisations have business models, that they are always evolving – or “changing up”.

The idea of “changing up” (that’s to say, radically altering your modus operandi) is pretty fundamental to the fourth season of The Wire. While the previous three series have enjoyed an engrossing and graceful dramatic arc – based around the expansion, diversification, and ultimate collapse of the Barksdale drug-dealing empire – this season effectively marks the show’s own changing up – as it rips up its own blueprint, and begins again.

Luckily, there are still familiar faces on display (“Natural police” Lester Freamon; pragmatic stick-up artist Omar Little; Detective Moreland, “The Bunk”, whose jokes are familiar, too) all of whom help the show retain its magnetic hold. But with the end of the Barksdale investigation comes the re-assignment of the original Major Crimes team, and the beginning of a less well-considered, piecemeal investigation of Baltimore’s new, less sophisticated drug kingpin, Marlo Stanfield. When Lester Freamon remarks, “It was an honour to investigate Barksdale,” it’s hard for the viewer not to emphatically agree with him, and slightly mourn the end of an era.

So it is that this season of the show focuses on new beginnings, and not just among its villains. Having introduced in its three previous seasons a wealth of characters, The Wire’s re-birth theme ranges city-wide. As Baltimore cries out for new civic leadership, Tommy Carcetti is seeking election as mayor, on a mandate to invigorate the city and its impoverished communities. We find the show’s former lead character – alcoholic, impolitic Jimmy McNulty – reformed and living with a new family. Even Roland “Prez” Przbylewski, lately ejected from the police department, has found a new home – as a teacher in the city’s school system.

As a show, The Wire is built on the idea that the devil is in the detail – “Listen Carefully” was an early tag line – and the same is still true here, as the show now places its most significant emphasis on Prez, schools, and young people. Focusing on the lives of a small group of friends – Michael, Namond, Duquan and Randy – The Wire finds a way to make their everyday activity every bit as involving, as if we were watching the uncovering of revelatory evidence in a major criminal case.
And in a way, we are.

As presented in The Wire, school does not provide the happiest days of your life, more a terrible intimation of what’s to come. The extent to which an individual’s future may be pre-determined making the responsibilities of coming adulthood here seem like an intolerable burden. The seemingly inevitable entry of these, or any kids, into “The Game” – the catch-all expression for the drug/murder/robbery vortex – is, of course, the antithesis of innocent fun.

Undoubtedly, this makes The Wire pretty deep stuff – which may account for why, quality notwithstanding, the show has remained a minority interest. In a world where an episode of The Sopranos draws 9 million US viewers, an episode of The Wire can hope for around 1.5 million. What’s certain, though, is that total immersion in the show – via the medium of box set – pays cumulative rewards. As Daniels, Freamon, and the team repeatedly discover, all the pieces matter.

Never more so than as this set gathers momentum. As gruesome evidence begins to stack up, it quickly becomes evident that what the city requires is a special investigation to be mounted into Marlo Stanfield. With a new, younger enemy comes the renaissance of the Major Crimes Unit. As the series closes, The Wire, of course, has changed up again.
EXTRAS: 3* Two documentaries, cast and crew commentaries on six episodes.