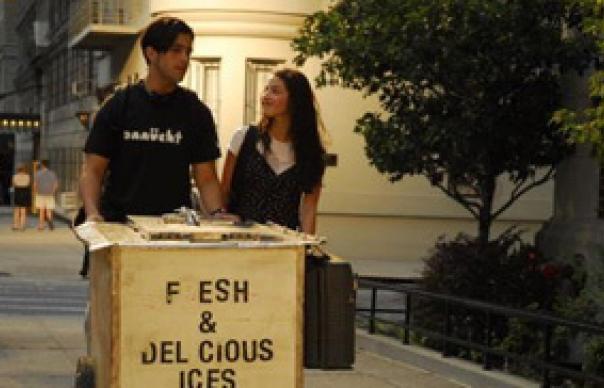 Some things don’t seem as though they should ever be put together, but as Sir Ben Kingsley proves in his unlikely making-out scene with US teen poster girl Mary-Kate Olsen, mixing things up a bit can be the lifeblood of a good low-budget movie. In The Wackness, everyday angst comes in a double whammy, fusing the standard American-indie coming of age story with the lesser-spotted mid-life crisis comedy, starring kids TV pinup Josh Peck as college graduate Luke Shapiro, who deals grass not only to his peers but to his ex-hippie shrink, Dr Squires (Kingsley).

Luke is sexually frustrated, his shrink anything but, and when Squires’ bitchy young wife throws him out, the two form an unlikely alliance. The life lessons they learn you’ll see coming a mile away, but the rap soundtrack, some quirky touches – the setting is pre-cleanup 1994 New York – and an epic comic performance by Kingsley bring some much-appreciated dopeness to the table.