New York’s finest finally get back to work, with excellent results... 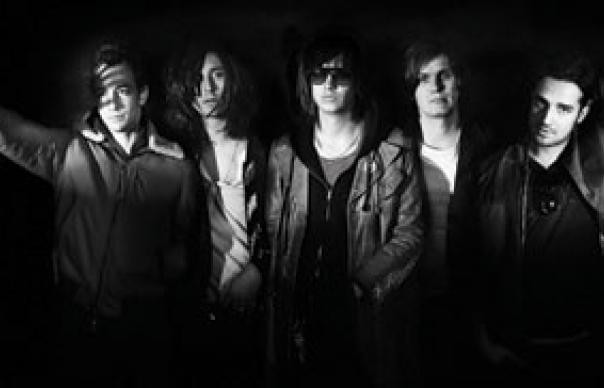 If a decade can be a lifetime in rock’n’roll, then The White Stripes and The Strokes have enjoyed quite different lives. Both broke in the UK in the exciting world of pre 9/11 indie. Both came to epitomise distinct strains of garage rock. But while they share some of the same plotlines, the bands’ fortunes, as we find them 10 years on, couldn’t have turned out more differently.

The Stripes, and Jack White in particular, swaggered through the 2000s with remarkable efficiency, doing as they pleased and making it look easy – from side projects to production work, even to the tasteful handling of their demise. The Strokes’ career, by comparison, seems to have been the harder road to travel. A classic debut that proved impossible to live up to. A slept-on sophomore effort. The curveball of their wayward third.

Small wonder that, after the campaign for 2006’s First Impressions Of Earth, they took time off to pursue various other projects, as if following the rock-star textbook by the letter. The fact that not a lot of people are whistling hits by drummer Fab Moretti’s Little Joy, demanding a third solo album from Albert Hammond Jr (or even remembering Nikolai Fraiture’s Nickel Eye) suggests that whatever Julian Casablancas’ faults, he knows his way round a decent tune. If the cosmic folly of Phrazes For The Young, his 2009 solo synth-rock opus, didn’t quite deliver, it proved beyond doubt that he’s the most interesting of the five.

Which brings us to this latest album, Angles, their fourth, billed as the one(in contrast to previous albums, where Casablancas did much of the writing) on which each member has contributed on an equal footing, even if the recording process was a little disjointed. Perhaps they should have been more democratic in the past, because this is a terrific record that plays to The Strokes’ strengths (“Under Cover Of Darkness” and “Taken For A Fool” are rich in their trademark guitar jangle) and also adds fresh colour to their palette.

With its drum-machine beats and otherworldly sentiment, Angles’ centrepiece “Games” will appal the traditionalists (even some band members sound unconvinced) but this dreamy, largely electronic number resembles a better-judged “11th Dimension” from JC’s Phrazes For The Young and could well be the one vital track missing from the last LCD Soundsystem album. There’s a slicker, ’80s feel to the Blondie rush of “Two Kinds Of Happiness” and “Machu Picchu”’s jaunty high-life, while album closer “Life Is Simple In The Moonlight” begins in the yacht-pop fashion of Daft Punk’s “Something About Us” before unfolding into the kind of tumbling synth-strafed powerpop Arcade Fire do so well and you wish The Strokes did more often.

That said, when it comes to the heads-down garage grind, “Metabolism” and “You’re So Right” show The Strokes remain masters of taut, nervy melody. Always an enigmatic lyricist, Casablancas’ phrasing has become even more cryptic as he pushes his vocals and searches for hooks on which to hang his harmonies. You sense this is still very much his album. If anything, Angles is the record on which The Strokes prise open their late-’70s hermetic seal and realise there’s a world beyond Television and the Velvets; after all, CBGB’s closed for good in October 2006. Vampire Weekend have kept The Strokes’ throne warm in their absence. It will be interesting to see if they have the desire to reclaim it.
Piers Martin

Q&A Nick Valensi
Angles is…adventurous.
Yes, that was the idea. It felt like a new beginning. We all contribute to the songwriting and had a large say on how things were recorded. There’s some electronic textures, whereas before it was all about listening to the Velvets, Iggy Pop and Talking Heads.

Were all the solo albums necessary?
I don’t know. There were people who felt they couldn’t express themselves creatively in the band and so they wanted to go and do that somewhere else. I guess we had to go through that period in order to come back and rework our own dynamic and our own roles in the band so that everyone could be creatively fulfilled.

How is it, being in The Strokes after 12 years?
I’m not going to lie and say it’s the same as when we were 17. The process of making this record, even when we started writing and sharing ideas, was very new and different right off the bat. And once the songs were written, our singer Julian never showed up to the studio when we were recording, so that was kind of weird. He was actually on tour doing his solo stuff for a lot of the time when we were recording.

Were you happy with this arrangement?
I think it’s less than ideal. There’s no reason why it should take a band a year to record a 10-song album. That’s just absurd.
INTERVIEW: PIERS MARTIN