The Story Of Lovers Rock 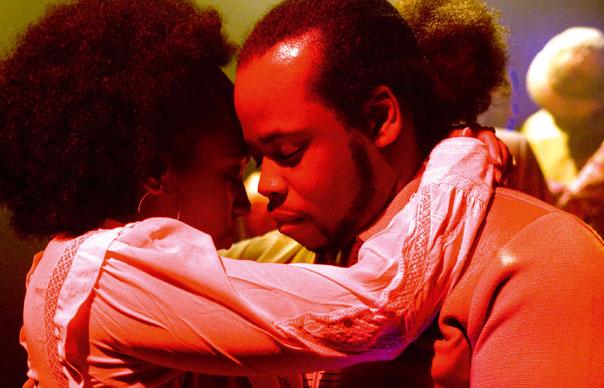 The history of British reggae is customarily told through 1970s bands like Aswad and Steel Pulse, acts modelled on Marley’s Wailers but who gave Jamaica’s pulse an Anglo twist. Alongside them came the punky cross-pollinations of The Clash, The Police and The Slits, followed by the ska-pop of The Specials and Madness.

Yet for the teens and twenties of black Britain in the late seventies and early eighties, the era’s defining sounds were found mostly in the sound system and blues dance. Here, cavernous dub and militancy had to share space with the more immediate demands of young love and the desire to be wrapped in a warm embrace. The crowded, darkened dancefloor was the spawning ground of Lovers Rock, whose slow, stickily sweet tunes became a genre as distinctly British as 2-Tone, albeit one less celebrated.

Beginning with Louisa Mark’s 1975 hit “Caught You In A Lie”, homegrown romantic reggae grew into a mini-industry, with female singers (and fans) to the fore. The Lovers Rock label (the name came from an Augustus Pablo tune) sealed the generic title and with Matumbi’s Dennis Bovell masterminding, turned out a stream of hits. The singers’ youth was a characteristic; Brown Sugar’s Kofi recalls going to sixth form to be told by a friend that the trio’s “I’m In Love With The Dreadlocks” had topped the reggae charts.

While such hits sold by the crate load, few Lover’s singles crossed over to the national charts, Janet Kay’s 1979 “Silly Games”, another Bovell production, being the exception. Mostly the music stayed within the black community, as important a part of its identity as the era’s more feted bands. “Lover’s gave a new generation a voice and an escape,” says author Neferatiti Ife, adding that the music’s sentimentality and obsession with two-timing and break-up had “a healing element – we could go through anger.”

Meneleik Shabazz tells the Lovers story with pizazz, mixing archive footage with numerous interviews and footage from a recent revival concert. It’s an affectionate, insightful portrait of an era. Using an array of black comedians to comment on the genre’s conventions (amid recreations of the dancefloor and its fashions) proves inspired. The slow, grinding dance that accompanied Lover’s tunes is a source of special glee and send-up.

As the 1980s progressed, sound systems specialising in Lovers Rock, notably Saxon, produced solo stars, among them Maxi Priest (still the only Brit reggae singer to top the US charts, with “Close To You”) and Levi Roots. The latter, now a noted foody, decribes Lover’s as “Britain’s special contribution to the recipe of reggae”.
EXTRAS: Trailer.
Neil Spencer