THE SKIN I LIVE IN 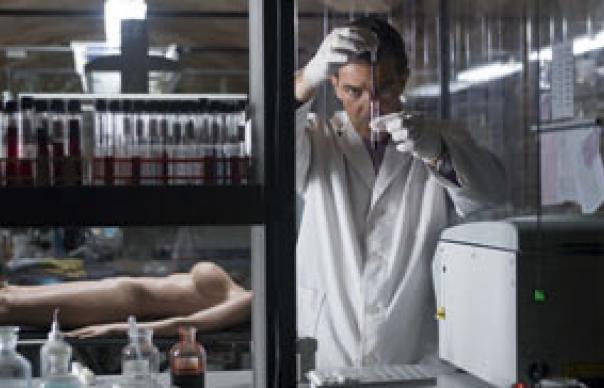 There’s a strange Rubik’s Cube quality to the films of Pedro Almodóvar. From time to time, he will appear to be trying out entirely novel tricks – but then you look more closely and realise he’s reshuffled his favourite devices into deceptive new combinations. At first glance, The Skin I Live In seems like something different – a Hitchcockian thriller with a discreet lacing of body horror. But look again, and you realise that this is a Frankensteinian recombination of elements from earlier Almodóvar films – among them, Tie Me Up! Tie Me Down! and Law Of Desire.

In fact, Almodóvar is quite overtly revisiting his past here, as he’s reunited with the first legitimate star that he launched – Antonio Banderas. Returning to his Spanish roots after years spoofing himself in Hollywood, Banderas plays Ledgard, a wealthy plastic surgeon. Since the death of his wife, Ledgard has been trying to resurrect her beauty using an artificial skin of his own devising. His guinea pig is a young woman called Vera (Elena Anaya), who is both his patient and his captive, and who skulks around her luxury prison in a slinky flesh-toned catsuit. But Vera’s not what she seems, and neither is the film, which, just as we feel we’re getting a grip on it, leaps into a perplexing flashback with a whole new set of characters.

Typically, Almodóvar delights in misleading us. The tense opening section seems to set us up for a sinister medical drama modelled on Georges Franju’s definitively eerie 1960 chiller Eyes Without A Face. Suddenly there comes a dash of louche sexual farce, as Vera encounters a muscular Brazilian no-gooder who turns up dressed in a tiger suit, complete with tail. And when Almodóvar finally lets us know what’s really happening, it’s with an outrageous twist – revealed by Banderas in a one-liner that will make your jaw drop with disbelief.

Only a singularly confident, stylish director can seduce us into accepting a film that veers between the mock-solemn and the outright facetious – and still convince us he’s spinning a coherent moral fable. Once again, Almodóvar is playing with themes of power, identity and sexuality in a way that will have his academic admirers champing at the bit, but he does it with an entertaining waywardness that recalls his more eccentric ’90s films such as High Heels. The leads are compellingly intense – not to say sexy, in a thoroughly unnerving way. Banderas embodies a sophisticated, even highbrow sort of thuggishness, while Anaya is mesmerisingly enigmatic. Her performance is all the more unsettling as Almodóvar appears to have altered her features digitally to give her the sort of perfect skin that Lloyd Cole could only have dreamed about.
Jonathan Romney