The Sisters Of Mercy – Reissues 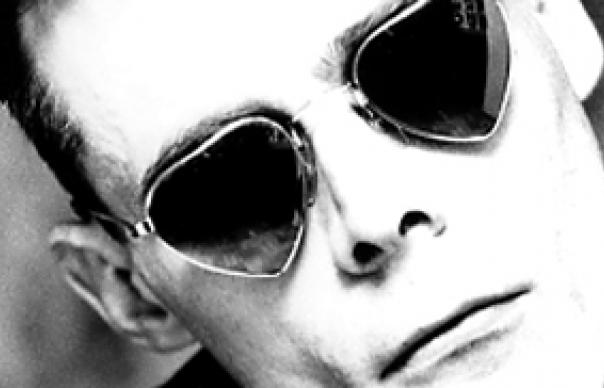 You can’t say we weren’t warned. Way back in the 1980s, when we were all partying like it was 1999, he loitered in the shadows, a bag of bones lit only by his cigarette, barking at us until he was hoarse that we were all damned to hell.

So now the world is coming to an end – the oil’s all gone, the seas are rising, the nukes are loaded and the Middle East is about to ignite the daddy of all bonfires – the very least we can do is listen. Come and meet Andrew Eldritch. It won’t take long. He was a fine man, a wise man… and he only made three albums with The Sisters Of Mercy.

We used to say that was because he was a speed freak who just couldn’t recreate the horror playing in his head. But now the scenario looks a lot more scary. Now it looks like he stopped because he’d said everything there was to say. When you shake hands with Eldritch, you shake hands with Armageddon. But we have to find him first.

He’s gone to ground, only occasionally resurfacing to tour what’s left of civilisation. And when he does, he’s laughing. He always did. Laughter was the thing that elevated him above the faddish Goth hordes with their adolescent crush on the dark stuff. He laughed because laughter is the only intelligent response to an atrocity you can see but can’t do anything about.

Eldritch was a literary fellow. So I wonder if it’s accidental that, listening to the Sisters on the eve of the apocalypse, it makes most sense to play the catalogue in reverse order. Just as Martin Amis rewound the holocaust in his book Time’s Arrow, the smoke from the gas chambers ceding to clear blue skies, so the Sisters’ output plays out the final story back to front.

1990’s Vison Thing – ironically named after President Bush Sr’s infamous statement that he lacked the “vision thing” when it came to foreign policy – is the uncannily accurate soundtrack to today’s abomination; a rat’s nest of corrupt, self-serving ‘politicians’ living high on the hog in plush hotels on Desolation Boulevard, with their “25 whores in the room next door”. These are arms dealers, drug dealers, dealers in human traffic, cranking out the AOR in their armour-plated Hummers. They couldn’t give a fuck for your Fair Trade or your Fundamentalism – show me the money!

1987’s bombastic Floodland is when it all comes down. The geographical location may have shifted from Eldritch’s “Mother Russia” raining down on the earth, but “This Corrosion” – orchestrated by Wagnerian maestro Jim Steinman with a pomp that My Chemical Romance must surely envy – is the sonic backdrop to the dividends of sins callously sown. And finally there’s his debut, First And Last And Always, the remainder of the species left on a Black Planet to shelter from the acid rain and – oh, the irony of the human condition – still obsessed with the suspicion that she’s fucking that guy behind your back even when there’s no air left to breathe.
To paraphrase what they used to say about another pop revolutionary: it’s Eldritch’s world, we just die in it.