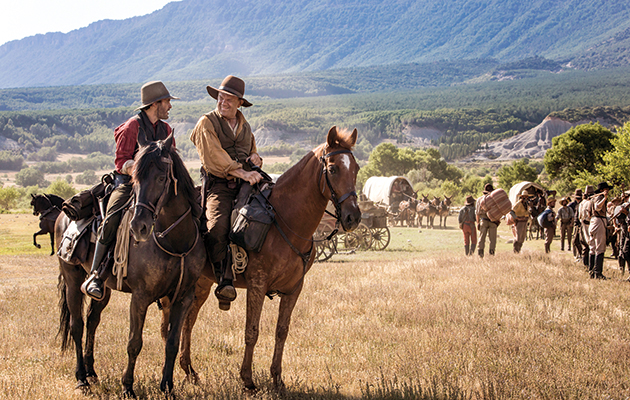 Jacques Audiard is a stylish master of reinvention and reinterpretation, coating familiar genres with layers of social realism. His worthy 2015 immigrant drama Dheepan, for instance, could just as easily be seen as a French remake of Taxi Driver with a Tamil caretaker. But making his English-language debut with an adaptation of Patrick deWitt’s Booker-nominated 2011 novel, Audiard embraces the American western full on.

Audiard sees the end of the pioneer era not as the dying of a golden age but as the dawn of modernity, representing the push and pull of the future in the form of Charlie and Eli Sisters (Joaquin Phoenix and John C Reilly), two gunmen working for a shady paymaster called The Commodore (Rutger Hauer). The Commodore is looking for a businessman named Hermann Kermit Warm (Riz Ahmed), who has reneged on a deal, so the brothers are sent to meet a private detective (Jake Gyllenhaal), who has the man in his sights.

Charlie is the shoot-first, ask-questions-later type. Eli, though certainly a brute when he needs to be, is tired of living by the gun and dreams of opening his own store. The humour in that is clear but gentle, and Audiard keeps the balance pitch-perfect, never selling out the brothers’ fearsome reputation. It would make a pleasurable double-feature with the Coen brothers’ The Ballad Of Buster Scraggs – another subtle, funny, melancholic take on the old west. The Sisters Brothers cements Audiard’s reputation as a director who has never made a demonstrably bad film – a rare achievement in today’s age of polarised comment.