The mad, bad trip of Altamont in close-up 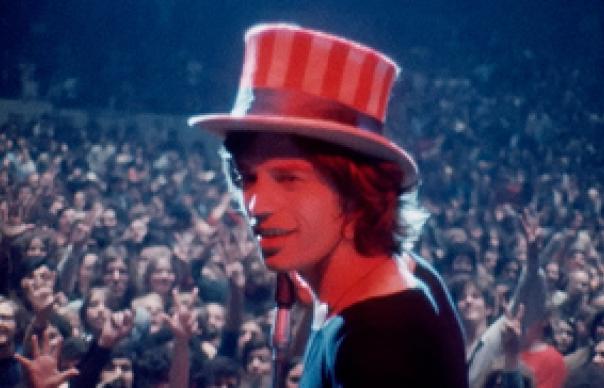 
Of all the faces that appear in the Maysles brothers 1970 movie Gimme Shelter, one in particular seems out of place amid the madness of Altamont. Strangely, it’s not that of any of the many bearded freaks, skeptical Hell’s Angels, or mad-eyed drug casualties – or even one of the Rolling Stones themselves. Oddly cherubic, in fact it’s that of the curly-haired Michael Lang, the grinning optimist at the heart of the Woodstock festival. What exactly, you want to ask, is he doing in a place like this?

Ostensibly a documentary about a free concert held by the Rolling Stones at Altamont Speedway outside San Francisco in early December 1969, Gimme Shelter is also on some level about simply being in the wrong place at the wrong time.

Like Woodstock, Altamont would have the Grateful Dead, the Airplane, Santana, and CSNY, and Lang on hand to organize things – but somehow things didn’t work out quite the same way. Early in the film someone asks him, “Is this going to be Woodstock west?” Lang’s embarrassed answer suggests that he thinks not.

Gimme Shelter (“The music that thrilled the world,” as the poster had it, “…and the killing that stunned it”) is a movie which acknowledges from the outset the outcome of the Altamont concert, the murder of black teenager Meredith Hunter, and then illustrates, in a suffocatingly methodical way, the inevitability of that conclusion.

Incrementally, the movie offers intimations of the coming violence: on his arrival at the site, someone punches Mick Jagger in the face. A naked, and profoundly out of it woman fights her way to the stage. The Hell’s Angels start to hit people with pool cues. A man standing onstage suffers what appears to be a horrifying, psychedelic nightmare. All round, it’s clear the four months in which the counterculture was an island of peaceful protest is now coming to an end.

It’s incredibly chilling and impressive film-making. Much as does Michael Wadleigh’s Woodstock, Gimme Shelter derives great depth from having eyes everywhere: in addition to the Maysles themselves, cameramen including the young George Lucas combed the crowd, instructed to look for sweet vignettes, but only seldom finding them.

Instead, they discover badly-fried humanity, and a motorcycle club parting the massive crowd by driving through it. Proof that we have entered a world gone completely topsy-turvy is the discovery that the film’s moral compass is held by a member of the Grateful Dead. “Angels beating on musicians?” says Phil Lesh. “That’s not good…”

At the insistence of Charlotte Zwerin (whose edit and input earned her a directorial credit), we see the effect of all this mounting tension on the Rolling Stones themselves – the film within a film device which gives Gimme Shelter much of its unique power.

In the Maysles’ edit suite, we observe as Mick Jagger and Charlie Watts attend what amounts to a filmed post-mortem, hear anecdotes from the aftermath, see behind-the-scenes negotiations from before the show, and watch the soon-to-be-finished movie.

It’s one of the only moments in their entire career the Rolling Stones appear vulnerable. Viewed in the knowledge of what happened, the band’s theatrical performances from Madison Square Garden earlier in the tour, and their flippant remarks at press conferences can’t help but seem faintly ridiculous, filled with a terrible irony.

Of course, things were never meant to play out quite like that, and Gimme Shelter acknowledges as much. Given access to the Stones for two weeks, the Maysles give us not only the tragedy, but also some wonderful anecdotal Stones footage. We see the band listening to playback of “Wild Horses” at Muscle Shoals, (a place which for all it legend, looks like a lock-up garage beside a freeway), and Keith Richards judging a recording while lying on the studio floor behind the mixing desk. There’s the band piling into a hotel room, and immediately cueing up a tape of “Brown Sugar”. Evidently, things couldn’t be going much better.

Gimme Shelter doesn’t quite show how anyone arrived at the idea of a free concert (one outside-the-movie theory has the band stung by criticism of their ticket prices; another has them anxious to have an event movie in theaters before Woodstock). What we do see though, is the untidy scramble as Michael Lang, caretaker manager Ron Schneider and charismatic San Francisco lawyer/fixer Melvin Belli (a character later dramatized in David Fincher’s 2007’s film Zodiac) try to arrange a concert venue before a national emergency is declared. What then plays out on the editing table in front of the Stones – the minutely-calibrated mounting of bad feeling, the confusion, culminating in the sight of Meredith Hunter’s bloodstained green suit – is still as shocking.

Certainly, there are troubling moments in Gimme Shelter (Meredith Hunter is revealed on film to have had a gun. OK…so it’s fine, is it, that he was stabbed to death?). Much more persuasive, however, is the finely-managed mood of the whole piece, the feeling of forces gradually conspiring against a happy outcome. In the summer, the kids were stardust and golden. December’s children weren’t so lucky.