The Rolling Stones: Get Yer Ya-Ya’s Out! Deluxe Edition 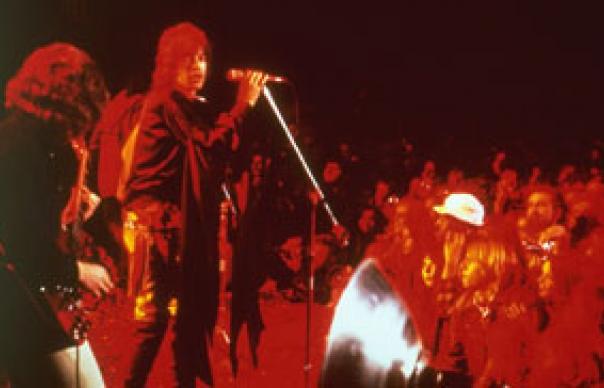 Fall 1969 : a time of endings. It was the close of the ’60s, a decade fascinated by its own mythology and struggling to imagine what might follow. The Beatles, harbingers of the age, had played their last concert six months previously. Brian Jones, the first high-profile rock casualty, had recently been laid to rest. Another, less evident end also loomed; the expiry of The Rolling Stones‘ contract with Decca Records, which required only one final long-player after the imminent Let It Bleed. In a move that would subsequently become a music business cliché, a live album was deemed the solution and Get Yer Ya-Ya’s Out! the result.

Recorded in November 1969 over two nights at New York’s Madison Square Garden, Ya-Ya’s! proved an inspired move. When released in September 1970, it shot to the top of the UK charts and did almost as well in the US. As importantly, the album helped seal the Stones’ reputation as ‘The Greatest Rock’n’Roll Band In The World’, the boast that opened each date of their ’69 US tour and was to become a trademark as identifiable as the leering lips-and-tongue logo.

At the time there were few nay-sayers, despite the rival claims of, say, The Who or Led Zeppelin, both of whom had introduced an arena-crushing muscle beyond the Stones’ reach. Instead, the Stones brought a string of decade-defining hits, plus showmanship – Richards’ piratical swagger, Mick Jagger’s camp theatrics – and a mystique swirling with dissolution and satanic flirtation. Only Mick Jagger came onstage to incarnate Lucifer.

Did they also bring the music? The three-year gap since they had toured the States as shaggy boppers playing 30-minute sets left room for scepticism, despite the recorded triumphs of Beggars Banquet, “Jumping Jack Flash” et al. The tour, in particular the climactic New York shows, quelled all doubts, and the newly extended document that is today’s Ya-Ya‘s confirms that this is the Stones at their peak.

What thunders from the speakers from the outset is the assertion that this was a band, a unit with a collective pulse. Two Chuck Berry numbers, “Carol” and “Little Queenie”, confirm the group had never lost the connection with R’n’B’s swing, its offbeat; they didn’t just rock, they also rolled. Berry’s growling, loping riffs are the template for much else in the performance; “Stray Cat Blues”, even the high-octane “Street Fighting Man” that climaxes the show.

With the twin guitars of Richards and his new spar, Mick Taylor, surging and soaring, it’s easy to overlook the rhythm section of Charlie Watts and Bill Wyman. When Jagger famously yells “Charlie’s good tonight, innee?” he might as easily have extended the compliment to Wyman who supplies a double-time thrum throughout.

For his part, Taylor proves a way more appropriate foil for Richards than his eventual replacement, Ronnie Wood, providing solos of considered elegance that contrast with Richards’ insouciant raunch on, say, “Stray Cat Blues” and “Love In Vain” while being in sync with his rhythm duties when Richards busts a spiky, eccentric solo. In the background, Ian Stewart’s rolling piano parts also surface, notably on the Berry numbers.

Prancing, preening and gesticulating in front of this juggernaut, it’s small surprise that Jagger’s vocals fade in and out of the action. Some vocal overdubbing was, indeed, added the following spring at London’s Olympic studios, with Jagger’s between-song exhortations spliced into different places, including that celebrated “You wouldn’t want me trousers to fall down now, wouldya?” tease. Lester Bangs description of Ya-Ya’s as “the best rock concert ever put on record” in Rolling Stone ignores the fact that the record blends three concerts, “Love In Vain” being drawn from the Baltimore show.

To get the measure of Jagger‘s contribution you have to turn to the five new songs on disc two, which are also the meat of the DVD offering. The acoustic, stool-sitting interlude of “Prodigal Son” and “You Gotta Move” have him in tremendous form, drawling in that unique demotic that’s half art-school mockney, half Southern bluesman, while Richards picks away. “Under My Thumb” passes by unremarkably, and is overshadowed by its segue, “I’m Free”, on which Taylor shines. “Satisfaction”, taken at furious pace, sounds shapeless on disc, but on film is totally magnetic, with Jagger twirling and gyrating, an androgyne dervish in his pomp.

Jagger conceived of Ya-Ya‘s as a double album, its second disc devoted to the support acts the Stones championed; Ike and Tina Turner and B.B. King. “Decca weren’t interested,” he said later. “They went, ‘Who are these people?'” The current edition therefore fulfils his vision. King’s five tracks on disc three find him with full band in characteristically genial form, singing with a long lost smoothness and range, notably on a remarkable “Please Accept My Love”. Ike and Tina pump out a slick cross-over set that includes “Son of A Preacher Man”, “Proud Mary” (a hit two years hence) and a wailing “Loving You Too Long”.

Inevitably one is drawn back to the 27 minutes of footage comprised of offcuts from the Maysles Brothers‘ Gimme Shelter documentary. There are glimpses of a careworn Hendrix backstage, an exuberant Janis Joplin stage front, and of a bored Grateful Dead waiting at a New York helipad. Here Jagger holds court like a fey 19th century aristocrat, apparently still in character from Performance, shot the previous year. That movie’s dark spell is there at the heart of Ya-Ya’s, in the 15 blistering minutes of “Sympathy For The Devil” and “Midnight Rambler”, the latter’s power matching the song’s lyrical savagery.

The Stones had found their collective diablo all right, a shadow side of the utopian ’60s that would shortly be tragically played out at the Altamont Speedway; the Fall of ’69.