It's all hair and bears 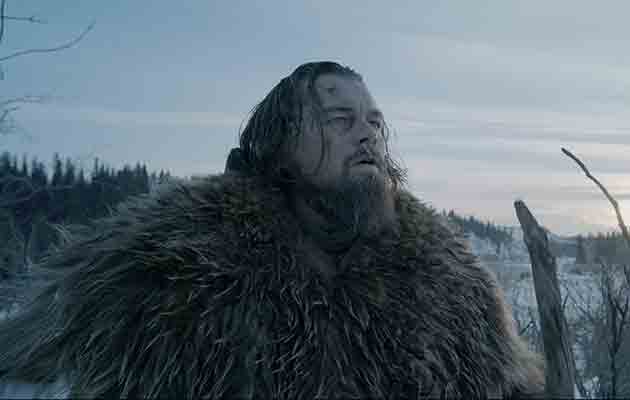 “Exeunt, pursued by bear” is one of Shakespeare’s most famous stage directions, taken to its limit in Alejandro Iñárritu’s new film. Here, Hugh Glass – a real-life 19th century trapper and frontiersman – is mauled by a grizzly bear near the banks of the Missouri river. It’s a gruelling, 5-minute scene – a brilliantly executed piece of digital trickery that thrusts the viewer right into the blood, sweat and claws. Iñárritu follows Glass as he miraculously makes his way back the 200 miles to Fort Kiowa, seeking revenge against the men who left him to die in the wilderness.

As Glass, Leonardo di Caprio is buried under a mound of facial hair and furs – he looks like a hipster gone to seed; his stoic determination is impressive. You will watch a man cauterize a throat wound with gunpowder! Pitted against Glass is Tom Hardy as John Fitzgerald – one of two men tasked with looking after the wounded trapper and who abandons Glass to the elements. Fitgerald’s windy speeches about “the sublimity of mercy” are typical Iñárritu guff (as is the Native American mysticism), yet the bulky Hardy seems more naturally at home among the snowy mountains and fast-moving rivers than Di Caprio: his maniacal, semi-scalped Fitzgerald a good fit in this bleak, godless terrain. The soundtrack by Ryuichi Sakamoto, Alva Noto and Bryce Dessner, meanwhile, features unsettling, electronic drones and pulsing orchestral flourishes.

Iñárritu’s plan seems to make the viewer experience as much as possible Glass’ tribulations, in all their macabre glory. The opening battle sequence, where the US military expedition for whom Glass is a guide are attacked by Ree Indians, is a gruesome 10-minute sequence, seemingly shot in one take. As Glass’ journey progresses, Iñárritu heightens colours, closes in on tiny details and frames magnificent wild vistas. It’s thrilling; if exhausting.