The Punk Singer: A Film About Kathleen Hanna

Heart and teeth bared in a vivid portrait of the riot grrrl spearhead... 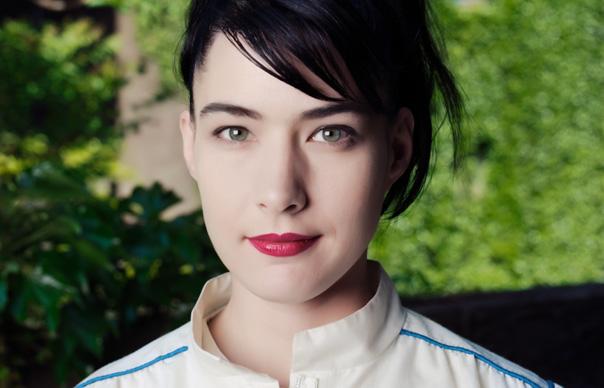 “I’m your worst nightmare come to life – I’m a girl who won’t shut up.” So barks a furiously intense young Kathleen Hanna in footage of an early spoken-word performance, at the start of Sini Anderson’s biopic. As singer with the iconoclastic Bikini Kill, Hanna became not only a rallying figure for the riot grrrl movement – part of the youthful “third wave” of US feminism that was committed to activism and zine culture and aligned with the DIY punk/hardcore scenes – but also a bona fide pop star. If she shouldered the former responsibility comfortably, the charismatic Hanna was less at ease with her cult status. She was eventually pushed to declare a media blackout in 1994, frustrated by articles that focused unfailingly on her and her band mates’ physical appearance, her own troubled home life and her work as a stripper while studying at Olympia’s Evergreen State College.

Shaped as much by Gloria Steinem and Jenny Holzer as The Runaways, X-Ray Spex and Fugazi (whose Ian MacKaye produced their first self-titled EP) – and an acknowledged influence on Kurt Cobain, who briefly dated drummer Tobi Vail – Bikini Kill burned with an incendiary brightness for eight years, before breaking up in 1997. After writing, recording and producing a solo album of lo-fi electronic pop as Julie Ruin in 1999 and then fronting New York-based, politico-synth-pop trio Le Tigre, Hanna suddenly stopped performing in 2005. She’d been dogged by mysteriously persistent sickness on tour and eventually quit, simply declaring that she had nothing left to say. One of the film’s most poignant scenes is of Hanna – not only the articulate and seemingly unstoppable shaper of her own destiny, but also a galvanising voice for countless tyrannised young women – explaining why she bowed out. “I didn’t want to stop; I was told by my body to stop,” she says, tearfully. After years of not knowing what was wrong with her, she was finally diagnosed with late-stage Lyme disease in 2010. Hanna’s since returned to recording and performing with her new band The Julie Ruin, which features former Bikini Kill band mate Kathi Wilcox.

As a biography twinned with the narrative of riot grrrl’s development, Anderson’s documentary follows a logical timeline, but it cuts energetically back and forth between the past and the present via extensive (excellent) archival clips and interviews with Hanna, numerous other key players in the movement and like-minded musicians such as Joan Jett and Kim Gordon, as well as Hanna’s husband, Adam Horowitz. Its tone is rousing and celebratory, but The Punk Singer is no dutiful hagiography. What it is, is the tale of the “Rebel Girl” from Maryland who taught herself to speak like a Valley Girl, the singer with SLUT daubed on her torso who famously directed “all girls to the front!” at hitherto female-unfriendly punk-rock shows. It’s also an exhilarating reminder of where unshakeable commitment, a shared vision and daring to “be who you will” might take you.
Sharon O’Connell