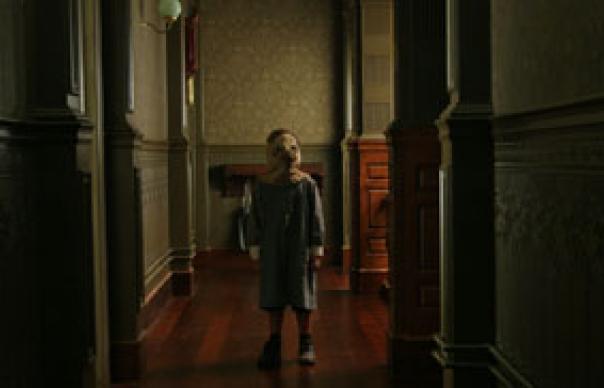 You may have cause to wonder what’s happened to horror movies these days. From a genre once capable of giving us singularly inventive shocks, from Night Of The Living Dead to The Exorcist, The Tenant, Rabid and Alien, it’s now characterised by lazy, reductive film-making, high-concept franchises and churned-out slasher pics, the Polanskis, Cronenbergs of this world the exceptions, clearly, rather than the rule.

Spain, though, has recently become the go-to location for audiences searching for something a little more satisfying from their horror movies, with directors like Alejandro Amenabar (The Others) and Guillermo Del Toro (The Devil’s Backbone) making elegant and artful films, driven by characters rather than buckets of gore. As you might expect, then, The Orphanage – produced by Del Toro – delivers much more than the sum of its parts. It is, ostensibly, a haunted house movie, featuring many familiar tropes – imaginary friends, creepy old ladies and nursery rhymes – but debuting director Bayona adds to the mix infanticide, the Peter Pan story and a moving coda exploring the bond between mothers and sons that gives The Orphanage its emotional heft.

Laura (Rueda) returns to the Good Shepherd orphanage on Spain’s rainy northern coast where she grew up. She’s with her husband Carlo (Cayo) and son Simon (Princep), intending to establish a care home for disabled children. Laura and Carlo have their own secrets, while Simon has two imaginary friends, whose number suddenly rise by six, including a boy called Tomas. At a party to mark the re-opening of the orphanage, Simon goes missing. Months pass and the police investigation yields nothing, so a distraught Laura calls in a medium who reveals some grim truths about both the orphanage’s history and the identity of Simon’s imaginary friends. Bayona taps into one of our most primal fears here, the disappearance of children. But he seems more interested in exploring Laura’s emotional arc as she struggles to find answers behind Simon’s disappearance, with Belen Rueda’s performance full of loss and remorse.

There’s effective moments of horror, of course. An innocent game of Statues played at the start is chillingly restaged later, there is a sudden, horrifying death, and the sight of a child wearing a sack mask walking slowly down one of the orphanage’s many long, shadowy corridors acts as the film’s most ball-tightening moment.

The theme of Peter Pan is returned to several times, and you can argue that The Orphanage is JM Barrie’s story seen from the point of view of Mrs Darling, driven to distraction by her children’s absence. By the time we reach the third act, this is less a horror film but a psychological study of a protagonist on the brink of emotional collapse.