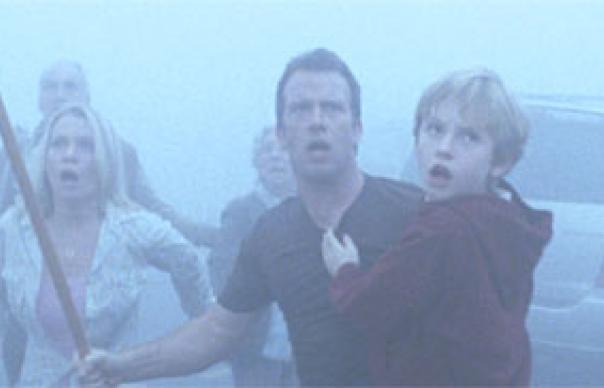 A strange, thick mist descends on the small town of Castle Rock, Maine, trapping several dozen inhabitants in the local grocery store. Among them: commercial artist David Drayton (Jane), his young son; his neighbour, a judge (Andre Braugher); and evangelical Christian Mrs Carmody (Harden). Darabont’s third Stephen King adaptation (after The Shawshank Redemption and The Green Mile), The Mist was virtually written off in the US last year, and it’s taken six months to cross the Atlantic. In one way it’s a film out of time: a tribute to the classic monster movies of the past (the US DVD even includes a black-and-white version), it operates on suspense and suggestion instead of graphic gore. But this is also a very timely movie about fear and ignorance, community and leadership. A bit shrill and overplayed at times, but it’s gripping stuff, and the ending is a killer.
Tom Charity