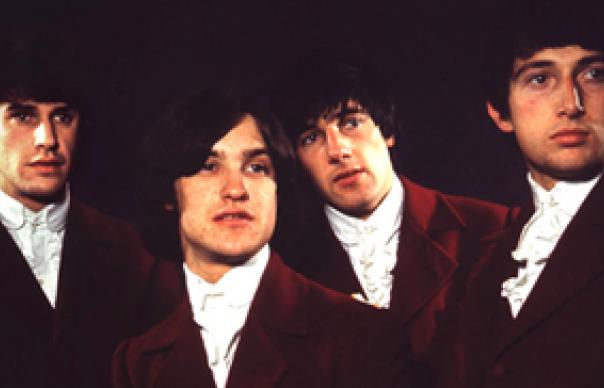 In 1994, I interviewed Ray Davies. He turned up at Wandsworth Park in a Nissan Micra, smoking a cigar. Then he flitted from bench to bench, talking about the tragicomic tale of The Kinks, his brother Dave (they communicated by fax, unable to meet without conflict), and a career spent writing “songs for waitresses and divorced people”. Davies didn’t seem offended that I asked no questions about The Kinks after 1977. His own autobiography, X-Ray, stopped even earlier, in 1975.

Because it has more expansive parameters, few will sit blissfully through the entire contents of Picture Book, a 6-CD box set of 137 Kinks tracks spanning the years 1963–1994. Over those three decades, the brothers from Muswell Hill (and original bandmates Pete Quaife and Mick Avory) turned beat-pop on its head, introduced soap opera and vaudeville into rock’n’roll, and played out their last 15 years as arena-rockers in America. (Although, as I write, rumours are circulating that they have re-formed.)

They were launched to 1964 audiences in fruity foxhunters’ garb, a fatuous idea then and now, but their impact on British music (from The Who to The Jam to Blur) would be anything but ephemeral. Many heavy metal musicians, furthermore, credit Dave Davies as the guitarist who pioneered their genre (“You Really Got Me”, “All Day And All Of The Night”), while The Kinks remain one of three bands – the others being The Who and The Pretty Things – who are synonymous with rock opera (Arthur, Or The Decline And Fall Of The British Empire). And that’s before they even reached 1970.

The first disc (1963–66) of Picture Book traces the growth of an energetic Merseybeat-style foursome through their famed sequence of abrasive early hits (and a proposed-but-cancelled 45, “Don’t Ever Let Me Go”), to the first evidence that the 21-year-old Ray Davies is developing a more introspective side to his lyrics and music. “See My Friend”, melancholic and strange, is a clear turning-point for him, while another haunting 1965 number, “There Is A New World Opening For Me”, one of several demoes in this box, spookily anticipates the style (and sound) of Leonard Cohen. The Kinks didn’t soften overnight, as raunchy workouts like “Milk Cow Blues” and “Sittin’ On My Sofa” demonstrate, but they were getting there.

Discs two (1966–68) and three (1968–71) will be the ones that captivate and vindicate most Kinks fans, even if they never (itals)quite(itals) corroborate the increasingly popular viewpoint that The Kinks were better than The Beatles. Both discs feature a mix of classic hits (“Waterloo Sunset”, “Days”, “Victoria”, “Lola”), lesser-known singles (“Mr Pleasant”, “God’s Children”), radio sessions, album tracks and unreleased songs (many of high quality) which would later be collected on The Great Lost Kinks Album (1973). The only blemishes are an awful, lo-fi, alternate version of “Dead End Street”, instead of the proper one, and no sign of either “Lazy Old Sun” or “Wonderboy”. Otherwise: magnificent.

By taking an unfashionable route through the late ’60s (no psychedelia or Eastern mysticism; no screaming Anastasia or crossfire hurricanes), The Kinks risked alienation and loss of commercial ground, but ensured they’d be reappraised in future years as intrepid go-it-alone types, full of idiomatic priorities and Ealing spirit, happy to plonk down roots and observe unspoken traditions (“Autumn Almanac”), or create a poignant dialogue between the classes (“Two Sisters”, “Shangri-La”). The Kinks Are The Village Green Preservation Society, which didn’t chart in 1968, celebrated childhood as a quintessence and England as a museum of glittering trophies, with a gusto that now seems radical, not parochial. And if nostalgia-plus-patriotism doesn’t seem a difficult balance for Ray Davies to get right, remember what happened when John Major tried it 15 years later. Warm beer? Long shadows on cricket grounds? Perhaps he should have slipped in a line about phenomenal cats.

The Englishness of The Kinks was taken to almost self-negating extremes; it was as if Davies felt he needed to write songs about one mundane daily routine after another (brewing a pot of tea; smoking a fag) in order to make sense of the national psyche. Things got hopelessly out of hand on the sprawling Preservation in 1973–4, a satire/rock opera/music-hall folly that coincided with a serious depression (and suicide attempt) in Davies’s personal life. Luckily, The Kinks were going through a purple patch as musicians: their laidback, louche, country-rock grooving on the Muswell Hillbillies LP (1971) entirely suited the look-to-America horizons of Davies’s lyrics, and drummer Mick Avory’s lazy triplet entrance on “Here Come The People In Grey” is a model of just-so impudence.

For all that, however, disc four (1971–77) of Picture Book betrays a shrewd compiler’s hand. Some albums that it visits were flimsy vehicles for high-falutin concepts, with clumsy storyboarding that suggested Davies’s powers were on the wane, but you might not guess it from these 19 selections, a few of which (“Celluloid Heroes”, “[A] Face In The Crowd”, “Sitting In My Hotel”) are pinnacles of his sad-smiling, ballad-writing art.

Unfortunately, sitting in hotels, and life on the American freeway, were to make a bland FM travesty of this once delightfully eccentric group. Despite surviving the punk era, and winning a new Stateside fanbase with charm-free stodge-rock like Low Budget, it was, by any standards, a lamentable decline. The vast majority of disc five (1977–81) is like an endless flight on an alcohol-free aeroplane with a small child kicking the back of your seat. Disc six (1983–94) is a marginal improvement, once Ray stops writing in horrible clichés and Dave starts playing like Mike Campbell of Tom Petty & The Heartbreakers, but it’s telling that the standout song of these 17 – “Living On A Thin Line”, from 1984’s Word Of Mouth – is a D. Davies composition.

Picture Book, in the end, is simply too honest for its own good. “Look how splendid we were!” it boasts, “and see how turgid we became.” Thank heavens it’s sequenced in chronological order.