THE KILLER INSIDE ME 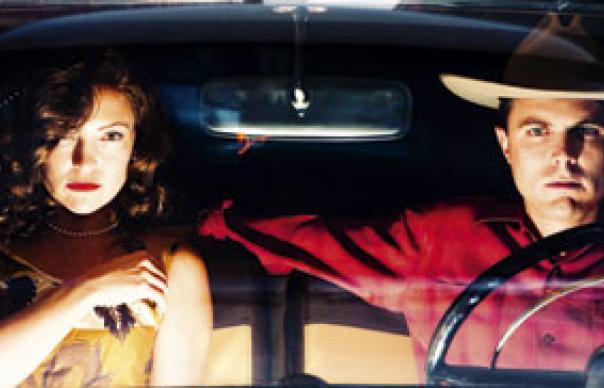 Stanley Kubrick once described Jim Thompson’s 1952 pulp novel as “probably the most chilling and believable first person story of a criminally warped mind I have ever encountered.”

Certainly, Michael Winterbottom’s adaptation of The Killer Inside Me doesn’t pull any punches. Featuring two scenes of graphic violence against women, it’s a strange, queasy film, in equal parts compulsive and repulsive. If Winterbottom’s most engaging work – Jude, Butterfly Kiss, 24 Hour Party People – has been about bringing a fresh take to over-familiar genres, The Killer Inside Me similarly strives to find a new way to present film noir, but falls disappointingly short.

There have been gripping Thompson adaptations before (notably Sam Peckinpah’s The Getaway and Stephen Frears’ The Grifters), yet also several failures, including a previous adaptation of The Killer Inside Me from 1975, with Stacy Keach in the lead.

Here, Casey Affleck is Lou Ford, the deputy sheriff of a West Texas small town. Most locals find him charming, except the winos he bullies by extinguishing cigars on their hands. He begins a relationship with a prostitute, Joyce (Jessica Alba). Then their sado-masochistic sex games take a sinister turn. Amy (Kate Hudson), his girfriend, is also hooked on Lou, but he projects his self-loathing onto her. Although all three members of this love/lust/violence triangle are complex and contradictory, Lou is clearly the cracker in the pack. The murder count stacks up, as Lou uses his badge to contort truth and fabricate alibis. His pursuers pick up his scent and much of the narrative finds Lou trying to find ways we can keep ahead of the law – particularly District Attourney Howard Hendricks, who seems to be the only person who suspects Lou is capable of murder.

Winterbottom has said that movie violence shouldn’t be pretty. And, clearly, he’s got a point. It’s a pity then, given the director’s bravado, that his film’s flaws are basic. Holes appear in the plot two-thirds of the way in, and the final twists are poorly dramatised. Character development seems arbitrary. There are nudges that Lou is motivated by childhood trauma, but these are vague. Neither Jessica Alba nor Kate Hudson lacks commitment, but given their irrational choices to fall in with Lou, we can’t fathom their motives. Then there’s the problem of Affleck, an actor many admire, but whose weedy voice and sly demeanour fail to convince as a tormented thug.
Chris Roberts