It's now seven years since Damage, the last Blues Explosion album, a hiatus during which Jon Spencer got to indulge his psychotic rockabilly side with three albums with Heavy Trash, and also pursue a few other alternative musical endeavours with the likes of Andre Williams, Solex and Cristina Martinez. It was also a period during which the original punk-blues pioneers saw their influence put to more remunerative use not just by The White Stripes but by The Black Keys as well, as stripped-back roots riffage unaccountably became one of rock's more commercially potent modes. 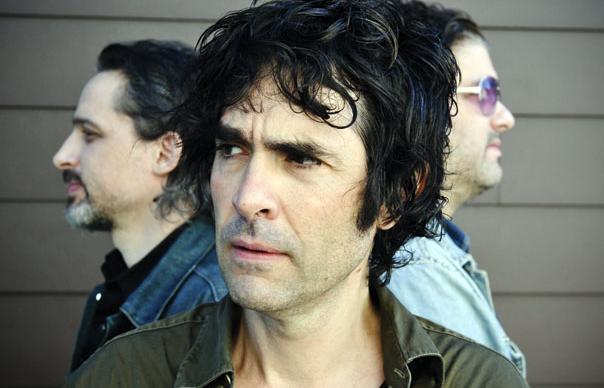 It’s now seven years since Damage, the last Blues Explosion album, a hiatus during which Jon Spencer got to indulge his psychotic rockabilly side with three albums with Heavy Trash, and also pursue a few other alternative musical endeavours with the likes of Andre Williams, Solex and Cristina Martinez. It was also a period during which the original punk-blues pioneers saw their influence put to more remunerative use not just by The White Stripes but by The Black Keys as well, as stripped-back roots riffage unaccountably became one of rock’s more commercially potent modes.

Their arena-rocking successes are a far cry from the Blues Explosion’s courageous, marginal existence in earlier decades, when they were doing the spadework for rock’s post-Britpop, post-Grunge, post-Glam-Metal, post-Thrash possibilities. Of course, they have on their side the kudos – the high aesthetic ground, so to speak – of being the innovators, acclaimed as the originators; but as the saying goes, fine words butter no parsnips. As Jon Spencer says in the mock acceptance speech that opens “Bottle Baby” from the band’s comeback album Meat + Bone, “Standing up here at the podium holding this fabulous statuette, I feel like a god – but I still got a problem paying the rent”.

Whether Meat + Bone will alleviate the rent problems remains to be seen. It includes some great music, but it still has that hairy, unpredictable, somewhat demented aspect that gives the Blues Explosion its unique spark. Russell Simins‘ cymbals crash and splash around the mix; Spencer and Judah Bauer’s guitars dart and snarl like wild animals forced against their will to take the leash; and Spencer howls and wails like a man possessed, a series of blurted phrases that rarely make for a radio-friendly hook, but which suit the general mood of musical hysteria just fine. And if things ever seem to be settling into too comfortable a groove, the mix is splattered with sped-up tape effects, rewinds, and a bricolage of aleatory noises that gives the impression things are only nominally “under control”, like a truck skidding across an intersection.

“Black Mold” opens proceedings like a bandwagon plummetting off a cliff, with shouts of the title phrase giving way, during a breakdown section, to a list of influential heroes the band would like to thank. It gives some insight into why the Blues Explosion have thus far managed to give mainstream success the swerve, featuring as it does the likes of “Art Blakey, Ornette Coleman and Milton Babbitt… Lonnie Smith and Graham Greene… the explosive Little Richard, Little Walter ‘Shakey’ Horton… rolling around, around, around”. Whichever way you look at it, that’s hardly a recipe to capture the imagination of teenage America – though it does make for a spicy, spiky sonic brew. As Spencer sings on “Bag Of Bones”, the album’s standout cut, “I need something weird, I want something strange!” It’s the cross which the inveterate aural explorer with a taste for punkish atavism has to bear: the very craving for weirdness that gives the music potency is the same thing that scares off mainstream punters.

Certainly, the weakest tracks here are those which seem the most controlled and predictable, like “Black Thoughts”, where Spencer attempts to shake the black dog off his shoulder to what sounds like a raggedy uptempo Stones raunch riff; or “Unclear”, where the slide guitar recalls “Freebird”. But when the band push the fringes of coherency, in the punk thrash of “Danger” and the hurtling momentum of “Boot Cut”, full of careering guitars of singular purpose and blurted expostulations, there’s something indefinably thrilling about the Blues Explosion’s racket. Highlights include “Ice Cream Killer“, which opens like “Zig Zag Wanderer” and takes a sharp left turn; “Get Your Pants Off”, a slower, greasier Memphis punk/rhythm & blues groove in which the spindly organ break is like a stiletto between the ribs; and best of all, “Bag Of Bones”, a swaggering funk-blues bluesharp groove with the unstoppable momentum of a 16-wheeler, and Spencer bristling at the young pretenders pilfering the band’s birthright. “Don’t have to wait for Halloween to scream and wail!” he taunts. “I’m an old bag of bones, honey, you’re just a clown.”
Andy Gill

Q+A
JON SPENCER
What was it like working as The Blues Explosion again?
We didn’t fret too much, there wasn’t much second-guessing: we approached it with a certain self-assurance. We’ve been doing this for a long time, and reviewing all our history for the reissues of our back catalogue in 2010 helped embolden us, strengthened us in some way. We did it all on our own, we didn’t have any guest musicians, we didn’t hire in an outside producer or remixer or anything.

Do you get irritated when other bands are more commercially successful with the punk-blues style you pioneered?
While we may have influenced some other bands, I don’t think that they’re very adventurous. They seem quite safe. It is hard for me to get into this without sounding like a curmudgeon, but I will say that I have always felt that what the JSBX does is very punk, very forward, adventurous, experimental, and a bit confrontational.

Where did you record the new album?
At the Key Club Studio in Benton Harbor, Michigan. They own the Flickinger console that was custom built for Sly Stone, the one that was used on There’s A Riot Goin’ On. It’s a beautiful thing, all black, with the markings done in paint which glows under a black light. Apparently, it was in very bad shape when the new owners got it: when they opened it up, there were a lot of old roaches, and a lot of strange powder in there. And also, a lot of hair!
INTERVIEW: ANDY GILL