THE JESUS AND MARY CHAIN – REISSUES

All six studio albums reissued, with many extras... 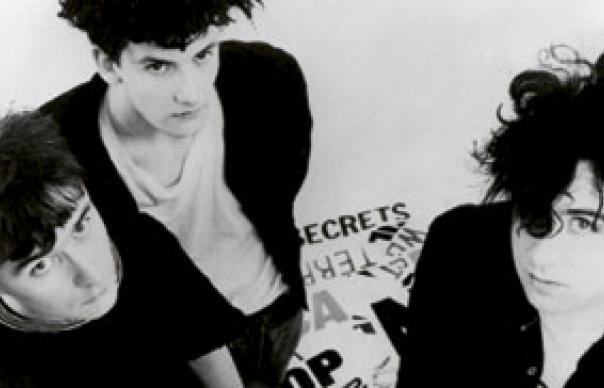 Depending on your disposition, the Jesus And Mary Chain are either the founding fathers of every brave new rock revolution since the ’80s or the first harbingers of post-post-punk, canonical retrogression. But indubitably without Jim and William Reid there would be no Creation Records, no Primal Scream, no MBV, no Oasis, no Libertines, and, of course, no Viva Brother.

Seizing the opportunity to gather up pretty much everything they’ve ever recorded before their back catalogue is cast to the winds of iTunes and Spotify, they now reissue their six studio albums, each with an additional disc of b-sides, sessions, remixes and demos, plus a DVD of videos and TV appearances. Funnily enough, the most intriguing part of these editions are the extended sleevenotes, comprising interviews with the Reid brothers, founder member Doug Hart, sometime band member, fellow traveller and cheerleader Bobby Gillespie, and pretty much every fly-by-night drummer, live guitarist and bassist.

Notably there’s no Alan McGee. In a way the sleevenotes act as a poignant compliment or corrective to the self-aggrandising bluster of recent Creation doc Upside Down. You follow the Reids from the doleful reverie of their teens in East Kilbride through the brief glory days of Top Of The Pops, through the alcoholic shambles of promo tours, Lollapaloozas, sibling feuds to a final rueful reckoning.

Most touching are the memories of endless days watching telly, taking acid in disused factories, slowly stitching together their canon of Nuggets, Velvets, Syd, Stooges, Shangri-Las, Suicide, and the Ramones, and plotting the ultimate rock’n’roll group. Characteristically, they only put these plans into action after five years dreaming, when their father gave them a couple of hundred quid of his redundancy pay-off to buy a portastudio.

The additional disc of Psychocandy contains the most interesting unheard material on these discs, a full set of demos from ’83 and ’84 which help you understand why Gillespie, on first hearing them, thought that the Mary Chain must be some Suicidal synth duo. Actually the jangled, yearning “Up Too High” could almost be a pitchshifted Strawberry Switchblade demo, but first drafts of “Upside Down” and “Never Understand” anticipate by some years the drum machine and drones of ’89’s Automatic. It’s remarkable, however, how fully formed the early take on “Just Like Honey” is. Evidently in the five years of arguing and dreaming they’d planned things perfectly. All that remained was the execution.

Of course chaos intervened – via Gillespie introducing them to McGee, fledgling clubrunner but already practised hype-merchant; with the screeching feedback that almost accidentally became their signature (the alternative, feedback-free Slaughter Joe mix of “Upside Down” isn’t included here); and with their scandalously shambolic, alcohol-fuelled live performances. Without this interference the Mary Chain might now be as fondly remembered as The Jasmine Minks or The Loft, and Alan McGee might be a mid-manager at Virgin Rail. Instead, it exploded into a Special Brew Supernova and the course of British indie rock was changed.

The incendiary moment of Psychocandy was brief and the follow-ups yielded diminishing returns. The stoned acoustics and Lee Hazlewood languor of Darklands (’87) were a brave step back from the feedback brink, but to claw back commercial appeal Automatic was aimed slicky, squarely and anonymously at the heart of west-coast alt.rock radio. Honey’s Dead (’92) was a defiant attempt to play catch-up with their shoegaze heirs, but unlike Primal Scream they couldn’t convincingly make the leap into the ’90s. For Stoned & Dethroned (’94) they finally found their very own Nancy in the form of Hope Sandoval and tried to ride the tail wind of cosmic Americana, but by Munki (’98) they were beleagured and back on a Creation in its dying days.

Hearing the Velvets for the first time in the early ’80s had been the Reids’ first inkling that they could combine their disparate passions (noise, squalor, melody, leather trousers) in one band. But unlike the Velvets the Mary Chain possessed neither the avant-garde adventure of John Cale nor the lyrical acuity of Lou Reed: like many mid-’80s indie bands they were like a VU made up of Sterling and Mo.

Their beauty lies in stray moments rather than exhaustive archives: the unexpected rush of Side 2 of Psychocandy where they could still casually toss off a tune as immaculate as “My Little Underground”, the bubblegoth perfection of “Happy When It Rains”, the determinedly dumb desperation of “Sidewalking”, or, best of all, over the end of Lost In Translation, taking you by surprise all over again, guitars cascading down – like sun beams through the smoggy skies of Tokyo, like love in a memory, just like honey.
Stephen Troussé