The Fab Three's studio swansong, with B-sides, demos, vids and a live gig... 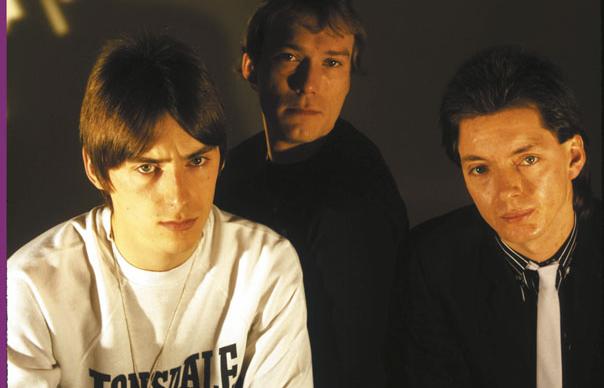 The Fab Three’s studio swansong, with B-sides, demos, vids and a live gig…

The Gift remains a mysteriously unloved part of The Jam canon. For many Jam loyalists it’s a record that’s tainted by Weller’s decision to split the band at the height of their popularity, the headstone to a premature burial.

It’s also a record that, for many, strays a little too far out of The Jam’s comfort zone. While the introductory chimes of the opening track “Happy Together” recall the fractured post-punk of Sound Affects, we’re quickly into the Motown beats, the wah-wah guitars, the big horn sections: the birth of what sneerier commentators later dubbed “soulcialism”.

Lyrically, The Gift does not have the cohesiveness of the two Jam LPs generally regarded as classics – All Mod Cons and Sound Affects – but it certainly has at least as many great songs as either of them. There’s no arguing with the singles “Town Called Malice” (effectively “You Can’t Hurry Love” reimagined by Ken Loach) or “Precious” (hypnotically itchy punk-funk, with a nod to Beggar & Co), but, for all Weller’s professed “anti-rock” agenda of this period, there is plenty here to please any element of The Jam’s fanbase. You want Ray Davies-style kitchen-sink realism? Try the militant vaudevillian turn “Just Who Is The 5 O’Clock Hero”. You want a stunningly poetic ballad with heart-wrenching chord changes? Try “Carnation” (“I am the greed and fear/and every ounce of hate in you”). You want haunting and graceful post-punk? Listen to “Ghosts”, with its elegant horns, fluid bassline and uplifting lyric (“there’s more inside you that you won’t show”).

The first CD contains all 11 LP tracks, along with a further 10 singles, B-sides or covers from this period which didn’t make it onto the album. Weller has always upheld the uniqueness of the flipside (“I always felt the shackles were off,” he says. “You can experiment a bit”), and all of the supplementary tracks on CD1 share that same spirit of adventure, creating a secondary album that’s almost as good as the primary one. Even the covers, which were approached as enthusiastic recreations of the band’s new favourite songs, add a twist to the originals. “Move On Up” replaces Curtis Mayfield’s sweet-voiced earnestness with punky urgency; The Chi-Lites’ “Stoned Out Of My Mind” benefits from Rick Buckler’s heavily syncopated, Afro-Cuban rhythm track.

As well as a riotous live CD, and an excellent DVD of promos and Top Of The Pops appearances, there’s a CD that comprises demos of most of the album tracks and B-sides. It includes early versions of some contemporary sides not included on CD1, such as “Tales From The Riverbank” (here titled “We’ve Only Started”), “Absolute Beginners” (titled “Skirt”), and a Northern soul-style re-reading of the Small Faces “Get Yourself Together”. All of them are multi-tracked solely by Weller on guitars, bass, piano, keyboards and even drums. Unfashionable though it might be to point this kind of thing out, Weller really is an extraordinarily accomplished musician; even his drumming has a certain wonky, Stevie Wonder-ish flair. Some of the demos are virtually identical to the finished versions, only without the horns: a couple (“The Planner’s Dream…”, “Shopping”) sound better. One gets the impression that three or four Wellers might have made a great stadium rock band.

The Jam’s studio versions of “A Solid Bond In Your Heart” (separate mixes of which have previously appeared on The Sound Of The Jam and Direction Reaction Creation) are notably absent from CD1 of this package, although Weller’s drumless original demo does appear on CD2, with a piano-led arrangement that’s almost identical to the version later recorded by The Style Council. There are certainly premonitions of The Style Council all over The Gift, be it the heavy duty funk workout of “Precious”, the militant call-to-arms of “‘Trans-Global Express’”, or the insistent Northern soul drumbeats on at least half the tracks. And, with veteran Trinidadian percussionist Russ Henderson playing steelpan, “The Planner’s Dream Goes Wrong” is an early example of the outsourcing philosophy that Weller and Talbot would later adopt (the song also shares the same lyrical territory as “Come To Milton Keynes”).

In fact it’s the 10 extra tracks on CD1 that seem to prefigure The Style Council’s revolving door policy. Most of the singles of this period are dominated by hired hands, not least the backing vocals of Jennie McKeown from The Belle Stars (on “The Bitterest Pill”) or future Respond starlet Tracie (who almost steals the show on “Beat Surrender”). “Bitterest Pill”, “Beat Surrender” and “Malice” are all dominated by Peter Wilson’s piano or organ lines; while “Precious” and the three soul covers are dominated by the horns of Steve Nichol and Keith Thomas. Other tracks point out the limitations of the three-piece. A jazz waltz like “Shopping”, or the off-kilter “The Great Depression” are the kind of beats that Style Council drummer Steve White would breeze through; likewise you could imagine an early incarnation of the Council transforming “Pity Poor Alfie” into a more limber soul gem. And that maybe explains why The Gift rankles a little for certain Jam loyalists: it’s a reminder that Weller really did need to break up the biggest British band since The Beatles to pursue his musical vision.
John Lewis