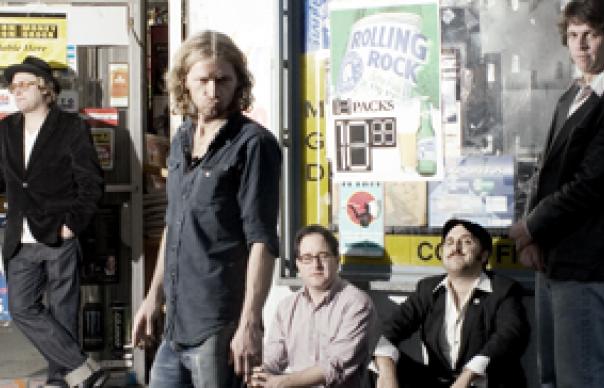 Anyone recently bowled over by The Hold Steady’s bar band fluency will be thrilled to know that there’s more where Boys And Girls In America – their superlative third album – came from.

Their debut, 2003’s The Hold Steady Almost Killed Me, emerged almost perfectly formed. Compared to the refinements of this year’s model, the nascent ‘Steady are more immediate and irascible. Minneapolitan-turned-Brooklynite singer Craig Finn rails against the posers, the “clever kids” and the ‘80s (“The ‘80s almost killed me/Let’s not remember them quite so fondly,” he snarls at some startled New Ravers).

Heroically, Finn inserts “hold steady!” into as many lyrics as he possibly can, drumming up support for his unfashionably excellent band. Veterans of post-hardcore outfits the rest of The Hold Steady pin Finn’s vast screes of words down with the gutsiness of a Cheap Trick or a Thin Lizzy. They come blessed with an innate sense of beery dynamics, and make the altered states of Finn’s lyrics sound like the best times, ever – even when they end in A&E.

Introduced on …Almost Killed Me, Finn’s cast of inelegantly wasted kids – Charlemagne, Holly et al – get their own mini-opera called Separation Sunday, and their lovers’ trysts and users’ antics are played out by a band that sounds bigger and better. Contributing briefly to Almost Killed Me, Franz Nicolai’s piano becomes an essential emotional component of The Hold Steady’s evolving ambitions on …Sunday, earning the Hold Steady all those comparisons to the E Street Band.

In among all the tales of bad love and lapsing consciousness on Separation Sunday, themes of lapsing faith are never far away. There have been few – if any- barbiturate bards as good as Finn, but the spiritual agonising on these two early records move The Hold Steady out of the emergency room, and into instant classic status.