Long-moot set from the dark lords of post-Grunge rock 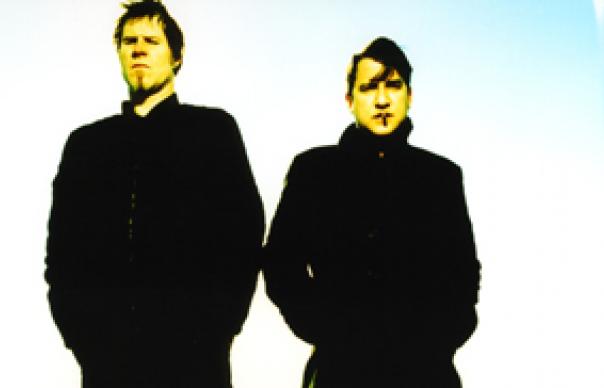 Greg Dulli and Mark Lanegan share much common ground. After troubled teenhood, each passed through Seattle’s emergent Sub Pop label at the turn of the 90s before finding cultdom with, respectively, Afghan Whigs and Screaming Trees.

Products of dysfunctional families, both had drug problems: Lanegan with heroin, Dulli, cocaine. And when their bands split, they began playing on each other’s records and tours, with Lanegan a travelling staple of Dulli’s The Twilight Singers. The bonds go deep too. In 2003, Dulli confessed that Lanegan saved him from his potentially fatal coke habit.

All of which provides the fuel for Saturnalia. Four years in the making, their Gutter Twins alter-egos are likened by Dulli to “the Satanic Everly Brothers”. Predictably, it’s stuffed with dark matter. Like every good Catholic boy gone astray, Dulli’s preoccupation with death and salvation is at the fore. “They say he lives within us / They say for me he died / And now I hear his footsteps almost every night” he intones on blustery opener “The Stations”, as demons crawl around his room.

On the bony “Seven Stories Underground”, he sings of black birds chattering in the trees, black dogs stalking his every move. Lanegan, of course, is keen to show off his scars too. Set to buzzing organ and droney riff, the riveting “Bete Noire” finds him moaning at shadows in the glorious rasp that is his singing voice: “Long dead and the moon is on your trail”.
Musically, the mood is equally intense.

There are some big, stadium-sized songs here (“God’s Children”; “Idle Hands”), but both men, co-producing with “silent” third Twin Mathias Schneeberger, keep things tight and claustrophobic. Thick rhythms snake around reverberating guitars. Beats thud through dense organ mist. With Lanegan at his stentorian best and Dulli in full confessional mode, Saturnalia is a feast, certainly – but one where the dishes are served delightfully raw.