The Go! Team – Proof Of Youth

Sample-filled sequel. If it ain’t broke… 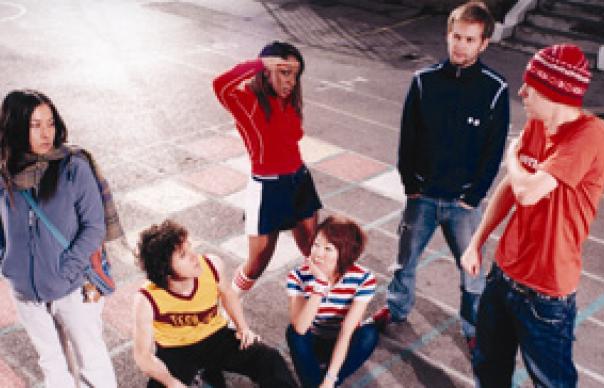 Sometimes the biggest nerds throw the best parties. Take The Go! Teams Ian Parton, whose sample-splattered music is clearly the work of an obsessive who’s spent more time researching in his bedroom than gurning on the dancefloor. No surprise, then, that this second album has been three years in the making.

Sonically, it picks up where their unit-shifting debut Thunder, Lightning, Strike left off, a lo-fi, virtually bass-free disc of party music. Yet it takes some thrilling risks: covering ITV theme tunes one minute (“My World”) and burying a Chuck D guest vocal until you can barely hear it the next (“Flashlight Fight”).

If there’s a criticism, it’s that this rarely expands on the ideas of their debut: shouty kiddy-rapping, Motown samples, crashing drum loops. But when a band boasts such a unique sonic palette, “more of the same” surely ranks as a compliment.