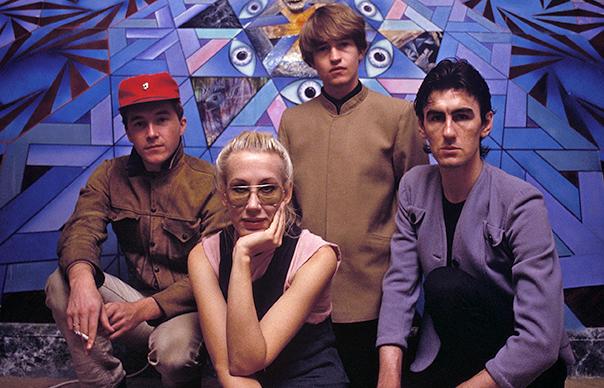 In the 1980s, Australia’s Go-Betweens were the dark horse among all those sharp-edged, sweet-and-sour guitar bands with literary pretensions. For those who found the cult of Morrissey too messianic and Lloyd Cole too self-satisfied, here was a connoisseurs’ choice: a band who name-checked Jean Genet while blending Sixties pop nous, 80s indie elegance, the brittle intensity of post-punk and the wayward non-conformity of The Modern Lovers.

A vehicle for the songs and voices of Robert Forster and Grant McLennan, the Go-Betweens formed in December 1977 in Brisbane and ended their first act in 1989. Six years into a fruitful post-Millennial reunion, they finally ceased trading in 2006 following McLennan’s sudden death from a heart attack. Forster has been plotting this gargantuan eight-disc slab of cultural excavation since shortly after that unhappy event; the first of three planned anthologies, it’s a beautifully conceived exploration of the band’s origins and early evolution.

Included are the first three Go-Betweens albums, Send Me A Lullaby (1982), Before Hollywood (1983), and Spring Hill Fair (1984), as well as all ten sides of their first five 45s, collected here on a new stand-alone LP titled The First Five Singles. Running parallel to these four vinyl albums are four CDs, arranged chronologically, consisting of outtakes, hard-to-find and unreleased demos, radio sessions and a complete (and excellent) live concert, recorded at the Mosman Hotel, Sydney, on April 23, 1982. There are over 100 tracks in all.

Meeting as fellow arts students at the University of Queensland, Forster and McLennan named their band after L.P. Hartley’s 1953 novel, and throughout its lifespan the group’s music was characterised by a darting intellectual curiosity. Debut single “Lee Remick” is a faux-naif piece of fan mail directed at the actress (“She was in The Omen / with Gregory Peck / She got killed / what the heck”), but its dumbness is studied and self-aware; on the B-side, “Karen”, a song clearly in thrall to Patti Smith’s “Gloria”, they’re already name-checking Brecht, Joyce and Chandler.

By 1980, and third single “I Need Two Heads”, the music had started to catch up with the words. Released on Postcard Records following trips to London and Glasgow, the song is an assured blend of The Cure and The Gang Of Four, giving the Go-Betweens their first Top 10 indie hit in the UK. Orange Juice drummer Steven Daly guested on the track, but by the time they started recording Send Me A Lullaby Lindy Morrison had joined on drums. As a settled three piece, the Go-Betweens’ house sound began to emerge: brittle and sharp, with lots of air between Forster’s guitar, McLennan’s bass and Morrison’s idiosyncratic rhythm. “Careless” has the compulsive twitch of early Orange Juice, and the urgent jangle of “Hold Your Horses” has shades of REM’s Chronic Town, but any sweetness is balanced by a sour twist. The vivid psycho-sexual drama of “Eight Pictures” creeps and crawls, the waspish digs at some thespian love-rival (“Same publicity shots for six years”) barely lightening the mood, while “It Could Be Anyone” recalls the neurotic funk of Talking Heads.

Released the following year, Before Hollywood marks a leap forward in both composition and execution, excising any lingering hints of ramshackle amateurishness. Robert Vickers joined as bassist, McLennan moved to guitar, and piano became a more prominent texture, notably on the lovely “Dusty In Here”. The album includes the masterful “Cattle And Cane”, a taut, minimal, bittersweet reflection on McLennan’s Cairns childhood, written on Nick Cave’s guitar. A slightly reconfigured version of the song features on the fourth CD of rarities.

On Spring Hill Fair, the Go-Betweens’ sound shuffles towards something lusher, more pop-savvy. A serrated edge remains on “Five Words” and the lowering “River Of Money”, but by now the band were lining up against the great song stylists of the mid-80s. Washed with synthesisers, “Bachelor Kisses” is animated by the same restrained romanticism as Prefab Sprout’s “When Love Breaks Down” (if anything, the demo is even more swoonsome), while “Part Company” – from its quivering emotional urgency down to its intricate, concentric weave of bass, vocal and fluid guitar lines – is a kissing cousin to The Smiths’ “Reel Around The Fountain”.

Parts of Spring Hill Fair point towards the glossier, more measured elegance of the Go-Betweens next phase, bookended by 1986’s Liberty Belle And The Black Diamond Express and 1988’s 16 Lovers Lane. But that’s another story, for another anthology. For now, Volume One of G Stands For Go-Betweens is a giddy treat, marking the spot where the headlong rush of new beginnings meets the steadying hand of accomplishment.
Graeme Thomson

Q&A
ROBERT FORSTER
How hands-on were you on this project?
It turned into my Lord Of The Rings! I was really hands-on because I thought it was a great opportunity to represent, and re-present, the Go-Betweens, whose reputation on a broader scale is not necessarily secure. I wanted to get involved to help secure it. A lot of love and attention has gone into it. It’s a wonderful treasure box from another time and another place.

What did you learn?
We were better than I thought! Grant and I were always quite dismissive of our first album, but going back into it, and listening to the live record from 1982 and the demos, I can hear that we are powerful. The songwriting might not be where I’d like it to be, but the band is good: tight, like elastic, on a knife edge. There’s nothing lazy about it, it’s very visceral and intense. You hear three people throwing everything they’ve got at it. And I’m very proud of The First Five Singles album, which was put together especially for this. I think it can really join our other nine albums.

What is your favourite album from this period?
I really like Before Hollywood. It was a huge jump and I’m not sure we ever made a jump again as big as that. There were only a few months between making the first two albums, but it was a huge step forward sonically and in terms of songwriting.

Was there much hidden treasure?
Some tapes were found, demo sessions for Send Me A Lullaby which I never knew about. There were a couple of songs by Grant on there that I wish were on that album.

I was struck by the fact that you’re songwriting partnership with Grant should, by rights, still be ongoing.
Yes, it should be, but the Go-Betweens made nine albums, which is a substantial amount of work. I don’t mean this in terms of Grant’s passing, but at least there’s a fair amount of work there. The fact that we can do something like an anthology over three volumes I find very satisfying.
INTERVIEW: GRAEME THOMSON