The Girl Cut In Two 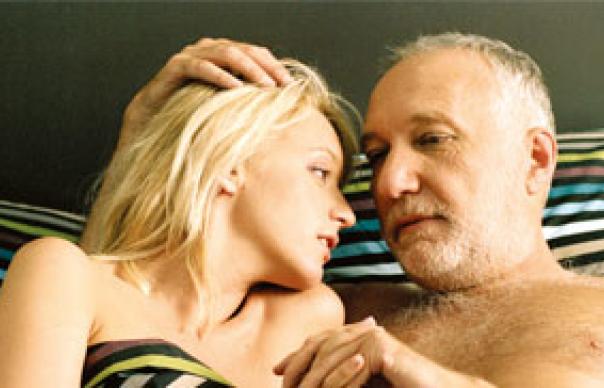 A veteran of the French Nouvelle Vague, the wildly prolific Claude Chabrol has gone through uneven spells in a career stretching over six decades. These days, however, he’s proving to be a reliably mischievous entertainer, true to his long-standing love for psychological crime fiction. The Girl Cut In Two is a raffish moral comedy, starring Ludivine Sagnier as Camille, a TV weathergirl who finds herself caught between two admirers. One is volatile playboy Paul (Benoît Magimel), the other is ageing novelist Charles (François Berléand), who likes to dabble in worldly pleasures at his private club, and wastes no time introducing Camille to its denizens.

Chabrol brings characteristic psychological finesse, plus a cheerful lacing of libertine sleaze, to this discreetly racy yarn, which is distinguished especially by Berléand, French film’s specialist in worldweary roués. Sagnier makes an energetic and affecting ingénue, although Magimel’s bad-boy flamboyance nearly throws the film off-centre as it reaches its outcome. With the show very nearly stolen by the feline Mathilda May, as Charles’s agent and fellow debauchee, the result is solid if not top-notch Chabrol.