The Duke Of Burgundy 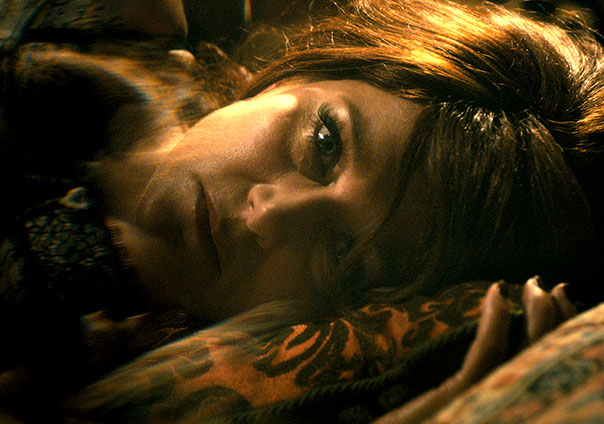 In director Peter Strickland’s last film Berberian Sound Studio, a tweedy British audio expert toiled miserably in an Italian recording studio on the sound effects for a horror film. But beneath Berberian Sound Studio’s grisly giallo tropes was a portrait of midlife anxiety, and an attendant desire for stability and approval. Strickland essentially revisits the same themes for his new film, The Duke Of Burgundy. As with its predecessor – one of our Films Of The Year in 2012 – The Duke Of Burgundy introduces us to an insecure middle-aged protagonist – in this instance, a highly-regarded etymologist named Cynthia (Borgen’s Sidse Babett Knudsen). We discover she is engaged in an S&M relationship with Evelyn (Berbarian Sound Studio’s Chiara D’Anna), with their role-play casting Evelyn as a maid and Cynthia as her unforgiving employer. But, as they repeat their unusual routines, it transpires that it is Evelyn who is the architect of their relationship, issuing her lover with cards detailing strict rules and listing dialogue for specific scenarios. “This is all I ever dreamed about,” she tells Cynthia in a rare moment of casual intimacy. “To be owned by you, to be used by you. I can’t tell you how happy I am.”

Initially, The Duke Of Burgundy appears to be Strickland’s take on Seventies’ Euro erotica (with a nod, too, to Bergman’s Persona). But Strickland is evidently concerned with more than just gratuitous titillation. As with its predecessor, the events in The Duke Of Burgundy happen in a cocooned environment, slightly dislocated from reality: a remote European village where there are no men or cars. Its sound design mixes ambient orchestral pieces by Faris Badwan’s Cat’s Eyes project with insect noises and disquieting electronic passages, while the film occasionally drifts into hallucinatory montages of the natural world. It is, in its own way, just as unsettling as Berbarian Sound Studio. Indeed, like his previous film, Strickland’s latest includes flashes of tremendous gallows humour. The opening credits list “Perfume by Je Suiz Gizelle” and a “Dress and Lingerie” wrangler.

A visit from a carpenter (Fatima Mohamed) who specialises in making fetish beds is particularly rewarding. “Is there anyway you can offer faster service?” Asks Cynthia when told there will be a delay completing an order. “It’s just that Evelyn’s birthday is coming up and I was planning this as a present.” Indeed, The Duke Of Burgundy – its title comes from a rare type of butterfly – is a remarkable and unusual film, where the finer details of a business transaction include the question, “Would a human toilet be a suitable compromise?”