The Delines – The Imperial

Portland sextet return from the brink in imperious fettle 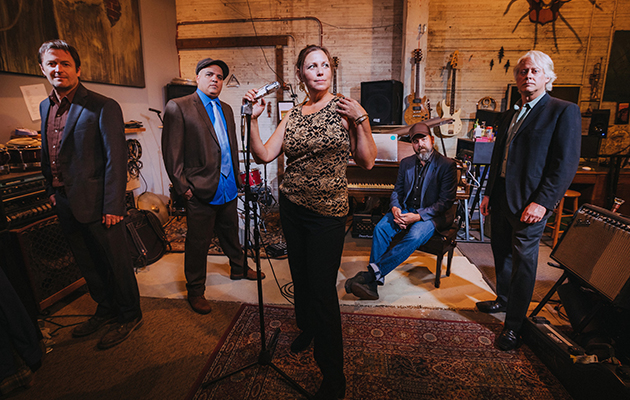 It’s been a long way back for Amy Boone. In March 2016, the singer was hit by a car as she walked through a parking lot in Austin, Texas, causing horrific breaks to her legs. It’s taken her the best part of three painful years, during which time she’s been through nine surgeries and various skin grafts, to be able to reclaim her place at the head of The Delines, the band she formed with Richmond Fontaine’s Willy Vlautin in 2012. What kept her going, apparently, was the knowledge that Vlautin had already written the bulk of what became The Imperial.

The lyrical preoccupations of this follow-up to 2014 debut Colfax are very much in keeping with Vlautin’s prior form, both as a songwriter and novelist. He’s drawn to those in society’s margins, damaged people trying to get by despite the odds, seeking warmth and comfort where, more often that not, there isn’t any. With the now defunct Richmond Fontaine, these tended to be forlorn, male-dominated environs. But Boone’s soulful presence in The Delines brings a different slant to Vlautin’s characters, her voice transmitting something more hopeful and tender. “Cheer Up Charley” offers up balm to a boozer who’s lost his wife and can’t seem to get over it, the band coating the tale with a fat beat and sweet horns.

The Imperial is mainly about connections both missed and met, however briefly. The title track sees two ex-lovers reunite up for one last drink, 10 years after he was sent to prison for a deal that went south and ruined their relationship. “Let’s Be Us Again” is a country-soul ballad that stands alongside the work of Lambchop, Boone on terrific form as she details a couple who are desperately trying to rekindle what they once had: “Let’s go downtown/And hide in some old lounge/And let it get loose and easy”. Even the most unbearably sad tales – “Holly The Hustle”; “He Don’t Burn For Me” – are given empathetic grace by The Delines’ stirring arrangements.