Richmond Fontaine's Willy Vlautin is back with a new band, a female singer and a rich collection of songs... 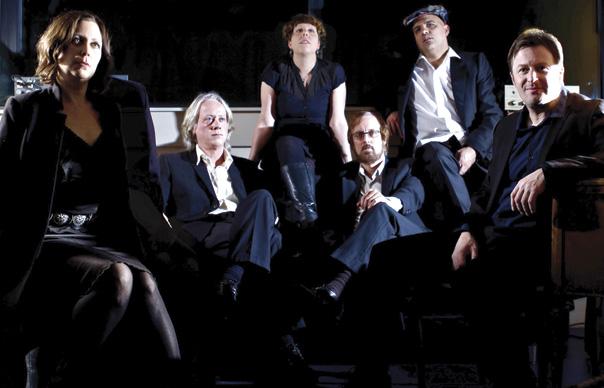 Richmond Fontaine’s Willy Vlautin is back with a new band, a female singer and a rich collection of songs…

There’s a Colfax Avenue in Denver, in a notorious heyday the haunt of prostitutes, barflies and junkies. Jack Kerouac wrote about it in On The Road. Now the delinquent strip appears to have given its name to the title of this often-sublime suite of Americana heartbreak, written mostly by Willy Vlautin, as well-known these days as a prize-winning novelist as a songwriter, who’s no stranger to places like Colfax Avenue. And if the one in Denver isn’t the one he’s writing about, there are many more like it that could be the setting for his songs, which across 10 albums since 1996 with Richmond Fontaine have been mostly located in places where a certain kind of American washes up, lonely, sour and lost.

The band’s last album was 2011’s ambitious song-cycle The High Country. Continuing a drift away from the country rock template perfected on much-admired 2006 album Post To Wire, the music was dark, fractious, frequently undercut by turbulent distortion. Even by the glum standards of records before it like The Fitzgerald, Thirteen Cities and We Used To Think The Freeway Sounded Like A River, it was unforgiving, austere and intimidating enough at times to make you think about how much more of this kind of charred cheerlessness could reasonably be endured. There was also a sense of something here reaching the end of the line, much like the characters in so many of Willy’s songs, that made you wonder where he could go next that wouldn’t seem quite so much like somewhere he’d been before.

The answer is The Delines, a new band that retains only drummer Sean Oldham from Richmond Fontaine, and a set of songs – soliloquies, almost – written as a showcase for the terrific voice of Amy Boone, singer with Austin’s The Damnations, whose sister Deborah Kelly appeared on Post To Wire and The High Country. Boone’s got the kind of voice you might hear in a bar that hasn’t seen daylight since the roof went on, where it’s always a long time ago on a jukebox that plays only country and western, five cents a teardrop. She can put as much hurt into a song as it can stand and then find room for more.

What a vehicle she turns out to be for Vlautin’s new material, which casts her in a series of roles, most of which you can imagine being played by, say, Karen Black in an early-70s New Hollywood road movie directed by Hal Ashby or Bob Rafelson, something downbeat and drizzly, full of wintery light; trailer parks, gas stations, motel rooms, truck stops and drab diners part of the film’s frayed topography. The disparate characters to which Boone gives such plaintive voice are linked by loneliness and their fear of it. Their lives have all been diminished by the evaporation of hope, drugs, liquor, men of uneven temperament and unpredictable scary moods.

By turns, she’s convincing as the young wife making a run from the dire circumstance her marriage has become on “The Oil Rigs At Night”, and the middle-aged unmarried woman of “State Line”, whose serial attempts to flee an oppressive family home only ever get her as far as the beckoning boundary of the song’s title. You’ll believe in her, too, as the feckless teenage fuck-up delivering the probably empty promise of “I Won’t Slip Up”, the pleading lover of “Wichita Ain’t So Far Away”, which reduces the widescreen romanticism of Jimmy Webb to grainy close-up, and the older woman who falls for a useless violent drifter on “He Told Her The City Was Killing Him”.

Musically, this is probably the richest collection of songs Vlautin has written. The country rock of so many great Richmond Fontaine tracks is reassuringly intact, with some wonderful work by steel guitarist Tucker Jackson and Decemberists’ keyboardist Jenny Conlee-Drizos, who shines particularly on the closing-time piano that accompanies a tender reading of Randy Newman’s “Sandman”, possibly the least reassuring lullaby ever written. The album is further enhanced by a greater melodic sweep and the very becoming country-soul settings of songs like the wonderfully languid “Flight 31”, the confessional “I Got My Shadows” and the smouldering atmospherics of “Calling In” and the closing “82nd Street”, on which the song’s narrator watches the sun come up alone on a new life that unlike her old one won’t kill her. “I ain’t riding through the night,” as she sings, “in broken down cars with skinny friends with dying eyes, in the violence of a losing streak,” Boone’s voice carrying the sad news that as bad as things are, they have been worse and likely will be bad again.
Allan Jones

Q&A
Willy Vlautin
What was it like writing songs for someone else to sing?
It was great. I was writing songs for a real singer. I don’t have a lot of confidence as a singer and I write songs around my voice and what it can do. It’s limiting. Amy’s voice has all the things I like. It’s beautiful, weary, tough, worn and pure. When she sings I just believe what she’s singing, I always have. It also doesn’t hurt that she’s a seriously damn cool woman, and that comes out in her voice too. .

There’s a lot of country soul here, which you don’t hear so much elsewhere in your music.
I’ve written a handful of songs like that over the years, but mostly I’ve just kept them at home. I’ve always wanted to play more stuff like that but honestly I’ve never had the confidence to sing those types of songs. Paul Brainard, the steel player in RF, turned me onto so much country/soul stuff when we first got going but I was just too intimidated and embarrassed to sing them myself.

You formed a new band to record and tour these songs. Where does that currently leave Richmond Fontaine?
We all needed a break after The High Country. I was in the middle of my novel, The Free, and it was such a hard novel I needed some time off. The truth is taking breaks is what has kept us together and kept us being such good friends for so many years. But now we’re back at it and we’ve just begun rehearsing again. I have a lot of songs lined up and we’re just beginning to go through them. My heart is always with RF so until those guys shoot me and drop me off on the side of the road somewhere they’re stuck with me.
INTERVIEW: ALLAN JONES