Their 13th LP, and, luckily, it's rather good 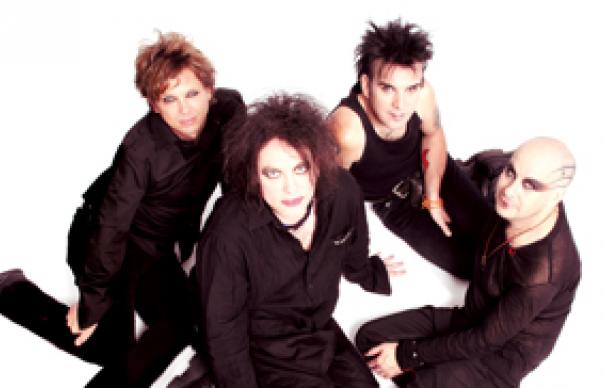 One can’t help but suspect that Robert Smith has been awaiting the release of The Cure’s 13th studio album with more than a little black-humoured relish. Hence the title, 4:13 Dream, the four singles eked out on the 13th of each month preceding its release, and the fact that it runs 13 tracks long. Evidently nothing delights the sensibilities of a tireless gloom-monger like the opportunity to tempt fate—or at least flout superstition.

A lot of other people have been waiting for 4:13 Dream, too, but not for the same reasons. The follow-up to 2004’s solidly decent The Cure was announced in 2006 and slated for a 2007 release, at which point Smith was quoted as saying it would likely be a double album (he also said that the songs were “stripped-down” and “upfront,” neither of which prove to be entirely true). The band even postponed a North American tour last fall to continue working on it, which didn’t bode well, but the album’s extended gestation was justified when, in August of this year, four teaser singles landed in the U.S. Billboard Top 20 singles chart. There was even another release, the EP, Hypnagogic States, in which the same singles were remixed by the dubious likes of Fall out Boy and 30 Seconds to Mars—but then The Cure have ever been re-energized by younger bands, as on 2004’s Curiosa tour, when the Cure’s heirs supported them, and paid their respects. It must have been a redemptive moment for the reluctant Goth icon – as if 1996’s godawful Wild Mood Swings never happened.

So perhaps it was self-imposed pressure to live up to their own looming legacy that delayed the Cure’s completion of 4:13 Dream. It scarcely matters. This is the first Cure album in a long time that’s more than just another Cure album. 2000’s Bloodflowers was darkly if unexceptionally lovely, The Cure evenly good, but here the band (now Smith with bassist Simon Gallop, guitarist Porl Thompson, and drummer Jason Cooper) sound startlingly fresh. There are even a few songs on 4:13 Dream excellent enough to join the classic Cure canon, and which are likely to be played long after anyone can remember which album—or indeed which decade—they sprang from. Especially sure-footed are the the modish, syncopated menace of “Freakshow”; the sky-scraping, obsolescence-defying chorus of “Sleep When I’m Dead”; and the off-kilter gorgeousness of “The Real Snow White.”

Of course, that’s not to say that The Cure have done anything particularly unexpected here. They’ve avoided becoming an aging band that merely coughs up increasingly faded facsimiles of their glory years, but they’re also not keen to attempt reinventions that might alienate long-time acolytes. The Cure still sound like The Cure; and the fact that they’ve always been multi-faceted, even contradictory—capable of swinging from despair to euphoria within a single track—has become their saving grace. 4:13 Dream touches on every shade of the band’s signature spectrum: there are flecks of minimal post-punk (“The Reasons Why”), swathes of goth-pop psychedelia (the nightmarish, distorted climax of “The Scream”), stabs of heavy-metal-tinged barbarism (the closer “It’s Over”), and a brace of love songs with ominous undercurrents (“Sirensong,” “The Perfect Boy”). “The Only One” has a chiming, bubblegum pop giddiness reminiscent of “Just Like Heaven”—that is, until Smith’s list of things he adores most about his beloved takes a pornographic turn (“I love what you do to my hips/When you blow me outside and then suck me like this…”) arguably rendering it the best track on the album.

Elsewhere, Smith’s lyrics (when they’re intelligible) revolve around familiar tropes—he questions identity and fidelity, he wallows in misery, he squints hard at the line between dreams and reality. His pinched, emotion-choked, yelping voice sounds just as alive and evocative it did back in 1979, and just as uniquely vital despite the endless troupe of talented copycat vocalists (Bloc Party’s Kele Okereke, for one) who have trundled along in his wake. It’s true that even at its most spirited and adventuresome 4:13 Dream dances around a template that Smith forged long ago and has never strayed far from, and it’s certainly not without its bad moments (“Underneath the Stars” and “The Hungry Ghost”). But here’s what’s important: Not only is the Cure’s stormy, tortured, grittily gorgeous aesthetic somehow just as magical now as it was nearly 30 years ago, the fact that Smith continues to find ways of mining his neuroses to keep it alive is worthy of nothing less than astonishment. He has intimated repeatedly over the years that any given album might be the Cure’s last, and although he’s never said that about 4:13 Dream, it’s always a possibility.

At the end of “The Switch”, he proclaims in a plaintive whine, as a swirl of squalling guitars threaten to drag him under, “I’m sick of being alone with myself/And I’m sick of being with anyone else/I’m sick.” It may sound unkind to say, but if he is unwell, let’s hope he remains that way. Because as long as Robert Smith is suffering, there will always be a Cure.