From the archives: Clarence White shines on live set, Q & A with Roger McGuinn 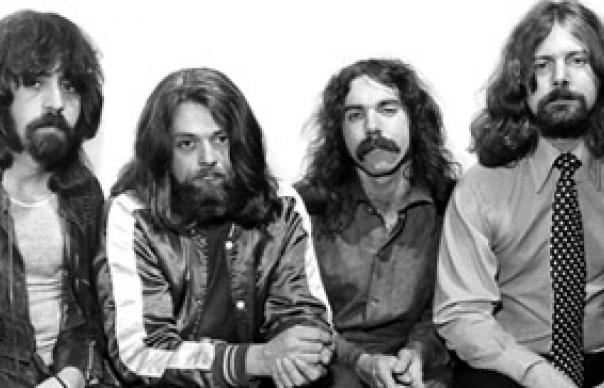 Weaving Dead-like “Eight Miles High” jams in with stripped-down Woody Guthrie gems—Clarence White’s stringwork zigzagging through the material with authority—this edition of the Byrds demonstrated a deep, oft-taken-for-granted kinship with the very foundations of American music. White, three years a Byrd and settling into the job with a rare sonic adventurousness, is the focus, gluing disparate styles together with dazzling versatility, gracefully reinventing each song with the instincts of a guitar genius.

There are throwaways: Leadbelly’s “Take A Whiff (On Me)” and “Jesus Is Just Alright,” may have been crowd-pleasers then, but both are tiresome by 2008 standards. And the 18-minute-plus “Eight Miles High” is bound to divide opinions.

Still, all is forgiven for another listen to the group’s breathtaking rendition of Jackson Browne’s “Jamaica Say You Will,” which makes a mockery of its gloopy Byrdmaniax studio counterpart. With White’s fragile tenor taking a rare lead vocal, the remaining Byrds pitching in on soulful, cascading harmonies, it’s singularly beautiful, worthy in its offhand way of anything in the band’s storied catalog.

We worked so much that we didn’t need to rehearse, we were working 200 dates a year. It was like one long jam. The Clarence White Byrds were in their heyday at that point.

How did the Byrds work out their repertoire?

Country-ish stuff, blues, whatever. A lot of it was material that Clarence and Gene Parsons had been doing in their band Nashville West. Skip (Battin) always had a couple of things that he and Kim Fowley had written.

Did you have to coax Clarence to sing?

Clarence had found his voice in the Byrds. At that time, he was hanging around with James Burton, and he would go to Vegas and hang out with Elvis Presley. He went to Nudies and got some of those Elvis-kinda suits, jumpsuits with the high collar.