Favourite songs from the Roxy man's past, played by jazz vets and cut in crackly mono... 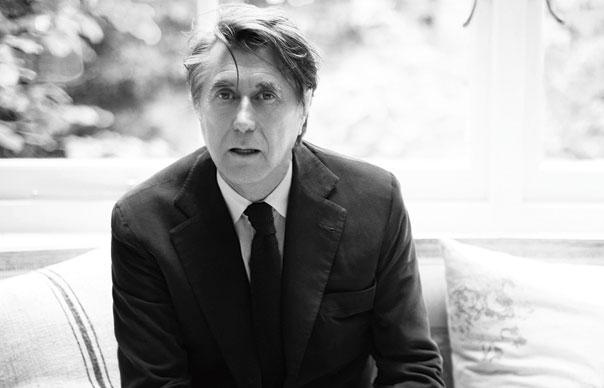 Favourite songs from the Roxy man’s past, played by jazz vets and cut in crackly mono…

We don’t know what F. Scott Fitzgerald would have made of Roxy Music, but we do know he was a jazz connoisseur. The early standards “Three O’Clock In The Morning” and “The Sheik Of Araby” are mentioned in The Great Gatsby, and saxophones wail “Beale Street Blues” at the southern dances attended by Daisy. “And will I like being called a jazz-baby?” Beauty asks The Voice in The Beautiful And Damned. “You will love it,” he replies. Flappers, bohemians and future Geordie crooners as yet unborn would all gravitate towards jazz.

Bryan Ferry’s new album doesn’t just borrow its title from Fitzgerald’s stylish epithet for the 1920s. It selects 13 songs from Ferry’s past – as far back as “Virginia Plain” and as recent as “Reason Or Rhyme” from Olympia – and reproduces them in the style of Fletcher Henderson’s orchestra entertaining revellers at the ballroom of the Club Alabam in New York in 1922. Recorded in crackly mono, The Jazz Age might easily be a shellac 78 manufactured for a wind-up gramophone. When “Do The Strand” strikes up, sounding like the getaway music for an inept gang of bank robbers in a Woody Allen film, the temptation is to fall about laughing.

Rock music rarely engages with the 1920s, except for the occasional McCartney pastiche (“Honey Pie”) or a Steely Dan simulation of Duke Ellington (“East St. Louis Toodle-oo”). Unlike the Bonzo Dog Doo-Dah Band, for whom the decade was a knockabout Dadaist fantasy, Ferry approaches the roots of jazz with neither burlesque nor whimsy, though he uses near-identical instruments to the Bonzos. His ensemble features clarinet, trombone, baritone and bass saxes, plunger-muted trumpets going “wap-waah”, a banjo in “Love is The Drug” and what sound suspiciously like coconuts for percussion in “Don’t Stop The Dance”. As it dawns on us that Ferry is serious, we warm to the idea of hearing these familiar songs in unfamiliar idioms. Aside from fleeting worries that “Do The Strand” and “The Bogus Man” may sound comical the next time we revisit For Your Pleasure, it seems like a homage with real heart to it.

Ferry himself is absent from the tracks, which are performed by British jazz veterans including past and present members of the Pasadena Roof Orchestra. At times they swing like crazy. “I Thought” (from Frantic) is a vehicle for trumpeter Enrico Tomasso, who solos several times, fighting off attempts by Robert Fowler (clarinet) and Malcolm Earle-Smith (trombone) to hog the limelight. Other tunes, however, like “Reason Or Rhyme” and “This Island Earth” (from The Bride Stripped Bare) are in the sombre tradition of Ellington’s “Black And Tan Fantasy” or “Reminiscing In Tempo”, their heads bowed in bereavement as if a funeral procession was slowly marching by. The famous “Avalon” is another impressive revamp with an arrangement that emphasises its samba rhythm while sounding both melancholy and playful – not an easy trick to pull off.

The less successful pieces tend not to have strong melodies to start with. “This Is Tomorrow” (a 1977 single) is a decent romp but lacks the pleasure of recognition – that moment when you pick up the vocal line in your head – and you’d assume it was an old Kenny Ball number if you heard it by accident. And the surreal notion of Roxy’s “Virginia Plain” being given a Creole jazz makeover loses something in the execution, sadly, because there aren’t enough chords in it to make it worth rearranging. “Slave To Love”, on the other hand, is superb. Walking a tightrope between wit and period authenticity, it almost dares us not to summon up images of blackface minstrels dancing with canes. We wouldn’t want Ferry’s concept to become contagious – the thought of Rod Stewart recording old-time jazz versions of “Maggie May” and “Stay With Me” is too dreadful to contemplate. But as a reminder that music is fundamentally there for our pleasure, The Jazz Age is splendid.
David Cavanagh