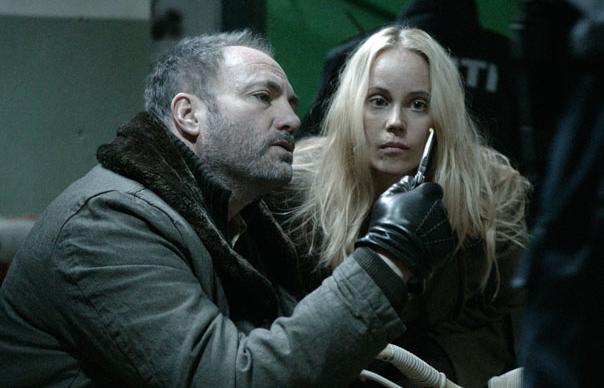 Another gripping slab of Nordic noir, The Bridge isn’t simply the latest in the wave of imports arriving to feed our recent appetite for Scandinavian television. Shot late last year, it’s also the first to have been made after the much-chattered-upon international success of shows like The Killing, which, originally broadcast in Denmark in 2007, took four years to become an overnight sensation in the UK.

Drawing over 1 million viewers on its BBC Four debut – a bigger audience than The Killing – The Bridge undoubtedly benefitted from its predecessors’ word-of-mouth buzz. But there’s more going on than that. A co-production between DR, the Danish broadcaster behind The Killing, and Sweden’s SVT, house of Wallander, the series feels very much a carefully calculated response to the region’s recent successes in exporting cop thrillers. You half suspect it was designed more for us tourists than domestic audiences.

The bridge in question is the Øresund Bridge that connects Sweden and Denmark, and the story begins with the discovery of a woman’s body, placed on display exactly at the midway point: meaning cops from both countries must join forces to work together. Essentially, then, what we have is the Scandi-crime equivalent of one of those Spidey-Meets-The-Hulk style Marvel Comics team ups.

A curious, self-aware quality permeates proceedings, most pointedly in the figure of the Swedish cop, Saga Norén (Sofia Helin). At first glance, with her complete absorption in her work and chronic lack of social skills, the character seems practically a goofy pastiche of The Killing’s ever-isolated detective, Sarah Lund – until, that is, you realise Saga actually has some high-functioning, Asperger’s-like autistic condition.

Joining her from Denmark, and bearing the pastries to prove it, is Martin Rohde (the excellent Kim Bodina, from Nicolas Winding Refn’s Pusher), an easygoing, shambling, shagged-out Baloo Bear, nursing his own problems. The day before the killing, he had a vasectomy: “My nether regions are tender.”

Odd couples don’t come much odder, but this is no comedy, and the sparks of warmth in their strange, sideways relationship become the only glimmers of light as things turn grisly and grim. On closer inspection, it turns out the body on the bridge is actually two bodies. Bits of them, anyway: half of it belongs to a Swedish politician; half to a Danish prostitute. You see, the serial killer, swiftly dubbed “The Truth Teller” by the media, has political points to make. The initial crime is only the overture to a vast, messianic mission, supposedly aimed at drawing society’s attention to itself, highlighting the plight of the homeless, the vulnerability of the mentally ill, the “failure of immigration policies” and on and on.

Here, to self-conscious degree, the series deals in the familiar pop socio-political concerns that run through much Nordic noir, the stuff Henning Mankell explores in his Wallander novels and Stieg Larsson kicked in his Millenium Trilogy: beneath the abiding stereotype of the Scandinavian countries as content, liberal havens, something is rotten in Europe’s chill northern heart. Really, though, for all its slow-burning surface gloom and supposed political concerns, at heart, The Bridge, like The Killing, is pure pulp, with a diabolical-mastermind plot that has the relentless, hook-and-twist forward motion of an old cliff-hanger serial.

For box set bingers, though, the true attraction is less to do with plot and themes, anyway, than the sheer mood the programme generates as it plunges us back into the crepuscular world we have come to love: nights in the forgotten zones of curious, unfamiliar cityscapes, where the light outdoors seems rubbed in copper and soaked in whisky, and rooms have the tinge of the aquarium or the mortuary.
Damien Love