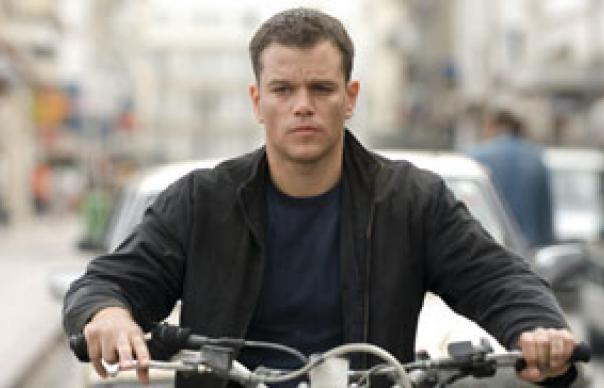 This summer has been dominated by the “threequel” – a dreadful example of pernicious, Nadsat-style marketing speak that thus far has been a byword for artistic bankruptcy, as anyone who’s had the misfortune to sit through Spider Man 3, Pirates 3 or Shrek 3 will willingly attest.
Based on the Robert Ludlum spy novels, the Bourne films have been refreshingly lean, pared to the bone. Their no-frills approach to the genre notably forced the bloated Bond franchise to take a long, hard look at what it’d become and precipitated the Casino Royale reboot. Picking up the series with 2004’s The Bourne Supremacy, English director Paul Greengrass brought a grainy, hand-held verite to the series that was both intimate and, for a genre predominantly reliant on scale and spectacle, revolutionary.

Greengrass returns for this, the third and – probably – final movie, picking up the story of Matt Damon’s Jason Bourne, the amnesiac, former CIA assassin as he attempts to unravel the final secrets of his past: who he is, what Project Treadstone was, and who’s responsible for turning him into a ruthless killer – and has been trying to kill him lo these past two movies.
We open with Guardian journalist Simon Ross (Paddy Considine) discovering the existence of a covert CIA black ops project, Blackbriar, that implicates Bourne. Cue a hair-raising chase through Waterloo Station that sets the pace for the rest of the film.

It’s basically a 2 hour car chase reminiscent of Claude Lelouch’s C’Etait Un Rendez-Vous but set across several continents, Greengrass managing to sustain incredible velocity, the narrative barely once losing momentum even during the delivery of crucial exposition.
Like peeling an onion, everytime Bourne thinks he’s got all the answers he’s looking for another layer of conspiracy presents itself. At the end of the second film, he discovered his real name is David Webb, but what is Blackbriar, and what’s its connection to Treadstone? Who is Dr Albert Hirsch (Albert Finney – marvellously toad-like and corpulent)?

What role will Bourne’s only ally in the CIA, Pamela Landy (Joan Allen) play in all this, as yet another nasty Agency director (Strathairn’s Noah Vosen) hoves into view to try and get Bourne whacked? Of course, it would be remiss of me to go too deeply into the various plot threads here, suffice to say Greengrass’ film touches on issues like rendition, brainwashing and corruption.

Damon – pugnacious, bullet-like – is excellent. After a run of movies that began with Good Will Hunting and take in The Talented Mr Ripley, Ocean’s Eleven, Gerry, Syriana and The Departed, he’s become the go-to guy for leads in smart, quality studio movies. I find myself liking him more and more with each film, and here – even when sudden revelations seem to indicate David Webb’s own motivations behind his decision to become Bourne might not be as honourable as he’d like to believe – you find yourself in total sympathy with Bourne. Damon’s canny enough an actor to make subtle distinctions between Webb and Bourne.
So, it’s exhilarating stuff, what you’d call edge-of-seat in another parlance. You’ll be exhausted by the end. But it’s fantastic, high quality entertainment, and not far off Film Of The Year.