The Beatles/ Cirque Du Soleil – All Together Now

Behind-the-scenes of the staging of LOVE... 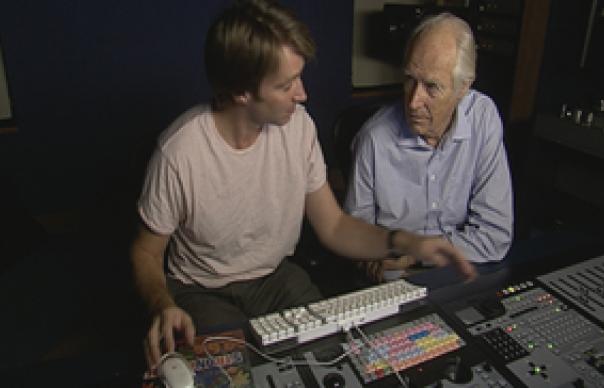 Cirque Du Soleil’s LOVE plays five nights a week at a purpose-built, $100 million theatre at The Mirage, Las Vegas. Featuring 60 acrobats and dancers interpreting the music of The Beatles, it has the approval and goodwill of Paul McCartney, Ringo Starr, Yoko Ono and Olivia Harrison (widow of George). The task of All Together Now, an 84-minute documentary, is threefold. To show how LOVE was made. To avoid seeming like a glossy brochure for a theme-park that few of us will visit. And to explain why the executors of The Beatles’ legacy – who say no to everybody – said yes to Cirque.

The third question is answered promptly. George Harrison, a friend of Cirque co-founder Guy Laliberté, had conversations with him in 2000 about a show that would marry Cirque’s visuals to The Beatles’ music. Years passed. The late Apple chief executive Neil Aspinall (to whom this film is dedicated) gives us an insight into the Apple process: “If one person doesn’t want to do something, then we don’t do it.” But as Paul McCartney points out: “We’ve always liked to associate ourselves with slightly crazy people. Because (itals)we’re(itals) slightly crazy.”

Dominic Champagne (crazy name, crazy guy) is the writer/director of LOVE, charged with deriving a storyline that will appeal to Las Vegas high-rollers, Beatles aficionados and Beatle widows alike. Not easy. Yoko chews out Dominic at a rehearsal because the dance routine for “Come Together” is “too sleazy” and not “political” enough. It’s a rare unpleasant moment. All Together Now has the measured tempo of an Alan Yentob film for BBC1’s Imagine…, but is an air-brushed vanity project, frustratingly weighed down by the luvvie solipsisms of Cirque cast-members whom we simply don’t care about. McCartney and Starr are enthusiastic interviewees, to their credit, particularly when discussing Giles Martin’s computer reconstructions of the music (a key element in the LOVE show). The Cirque gang, however, speak in theatrical platitudes (risk, challenge, courage) that soon become irritating. Dominic reminded me of PY Gerbeau, the Millennium Dome fall guy.

Inevitably, there’s little tension in the film’s final 15-20 minutes, since we know that LOVE was a success. Bonus features include Giles Martin working on the music reconstructions (fairly dull), and the designing of the Las Vegas theatre, where 6,341 speakers give the audience a true surround-sound experience. Great. Could we have the remastered albums now, please?