The Beach Boys – Live In Concert 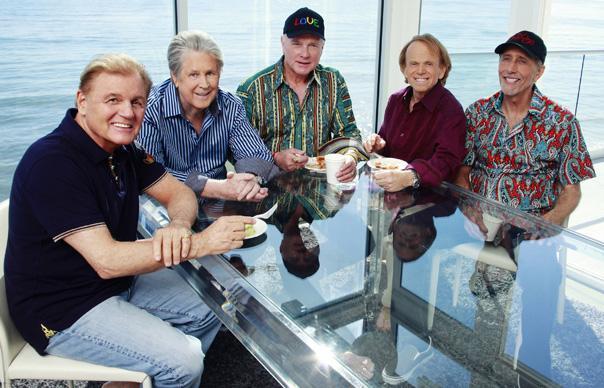 Perhaps the most surprising thing about this concert from The Beach Boys‘ 50th Anniversary Tour – apart from the decision not to include their greatest song (“God Only Knows”) – is how engaged Brian Wilson appears. In recent years, both on stage and on telly, Brian seems to have moved from apparent disenchantment to actual hatred of performance, glowering darkly at audiences for making him take the stage at all, and beetling swiftly offstage before the last chords have resounded. But at this concert, he even smiles a few times, and the sheer pleasure he takes in ensuring the harmonies are up to scratch speaks well of his professionalism.

These shows represented the first time since 1965 that Brian had accompanied the group for an entire tour. The nostalgic tone is set by opening with “Do It Again”, before a couple of less-popular surf numbers – “Catch A Wave” and “Hawaii” – heralds the first standout, a rare outing for “Marcella” featuring Brian’s lead vocal and the first of several guitar breaks from David Marks, who’s assumed Carl Wilson‘s duties. The first of several new songs from this year’s That’s Why God Made The Radio – inexplicably, their highest-charting album since 1965’s Summer Days (And Summer Nights!) – follows: “Isn’t It Time” has decent harmonies and a fine lead vocal from Al Jardine, but the lame lyric doesn’t bring the same zest to nostalgia as “Do It Again”. A car medley climaxes with “I Get Around”, the ne plus ultra of cruising anthems, before Brian brings an unusual clarity to an unimpeachable “Heroes And Villains”. Then the familiar home-movie footage of hijinks in the pool accompanies euphoric versions of “Sloop John B” and “Wouldn’t It Be Nice”, perhaps the high point of the set.

It’s followed by some more new songs, then “Sail On Sailor”, which Brian sings with such exaggerated hand gestures it looks like chair-bound physical jerks at the retirement home, God bless him. “Good Vibrations” and “California Girls” confirm how much they rely on Jeff Foskett’s falsetto these days, while “Kokomo” exposes how much they miss Carl’s breathy timbre – which may be why they skip “God Only Knows”. The evening draws to a close with a somewhat arthritic “Rock’n’Roll Music” and more euphoric “Fun, Fun, Fun”: all in all, a decent but slightly frustrating representation of one side of The Beach Boys which strenuously avoids the more sensitive corners of their catalogue – no “I Just Wasn’t Made For These Times”, no “You Still Believe In Me”, no “Please Let Me Wonder”, no “Don’t Worry, Baby”, no “Disney Girls”; not even “In My Room”. It’s as if they’re straining a touch too much to appear fit and full of beans, which at 50 is understandable but inelegant. Clearly, it’s a far more truncated set than the 51-song Red Rocks Amphitheatre show previously announced for DVD release.

Plans are underway for another tour next year, accompanied by another CD based around material written by Brian around the time of his Imagination album, which given that album’s lacklustre tone, doesn’t bode too well. But Wilson was reportedly surprised by Mike Love’s decision to play further dates in October with a budget version of The Beach Boys comprising just himself, Bruce Johnston and a smaller band than that used on these shows; whether this will torpedo future reunion plans remains to be seen.

EXTRAS: A standard bio-doc, Doin’ It Again, whose most interesting parts are footage of Brian, drummer Hal Blaine and the Boys during sessions for “Good Vibrations”, and Brian’s revelation – as much a shock to Mike, Al and the others as it is to us – that it was Carl’s idea to use theremin and cello on the song. You learn something every day.
Andy Gill